Lucknow: Criticising opposition parties for stalling Parliament over the Pegasus spyware controversy and other issues, Prime Minister Narendra Modi on Thursday asserted that they cannot stop the country from marching forward.

These parties are trying to stop the transaction of business in Parliament, he said in a no-holds-barred attack on the Opposition.

The sole intention of the opposition parties is to create roadblocks on the path of development, the prime minister said, as he termed their action "anti national".

"Bharat chall padha hain (India is on the move)," the PM said as he listed the achievements of his government on various fronts.

Mocking his political rivals, Modi said that on one hand, the country was scoring goal after goal, an apparent reference to Olympic medals, while on the other, some were trying to score self-goals to meet their political agenda.

Since the start of the Monsoon session on July 19, parliamentary proceedings have been witnessing disruptions due to protests by Opposition parties. The session is likely to conclude next week.

Modi's remarks came when he was interacting with beneficiaries of the Centre's food security scheme in Uttar Pradesh through video-conferencing as the state observed the Pradhan Mantri Garib Kalyan Yojana Day.

The prime minister launched an awareness programme throughout the state on the scheme.

"During previous regimes, foodgrains meant for the poor were looted," he said.

Almost 15 crore beneficiaries in the state have been getting free rations under the Pradhan Mantri Garib Kalyan Anna Yojana, an official statement said here.

Nearly 80,000 fair price shops in UP have been distributing the foodgrains to the beneficiaries, it said. 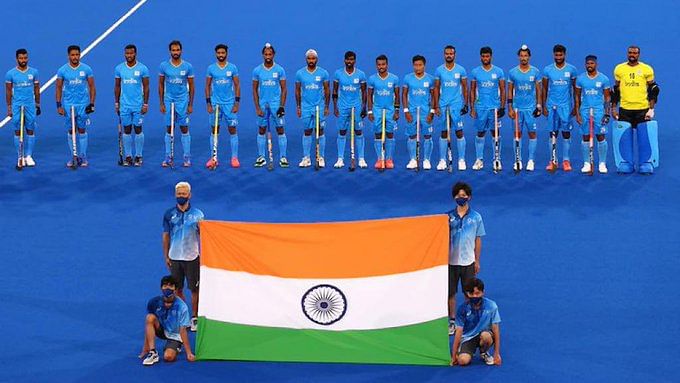