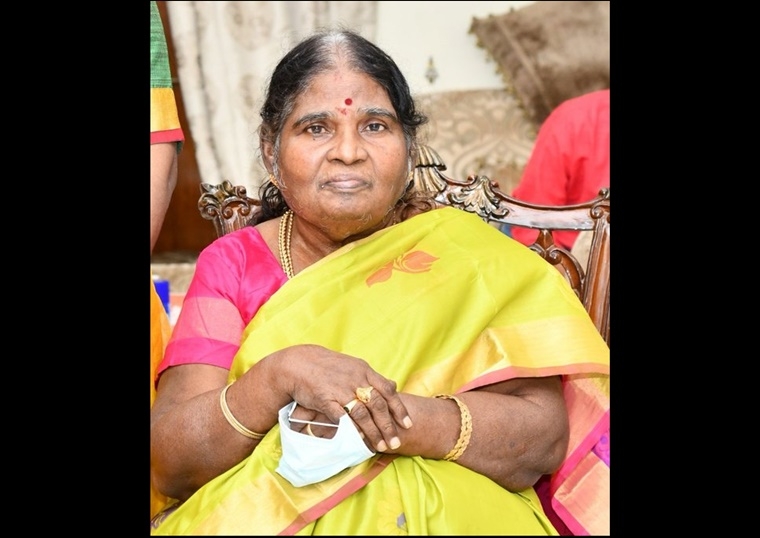 Chennai: Telangana Governor and Lt Governor of Puducherry Tamilisai Soundararajan's mother Krishnakumari passed away at a private hospital on Wednesday.

She is 76. Krishnakumari, the wife of senior Congress leader Kumari Anandan, was admitted to a private hospital in Hyderabad with age-related illness. She breathed her last early this morning.

Her mortal remains will be brought to Chennai and kept at the Saligramam residence of the governor for the people to pay their homage, Dr Tamilisai informed.

"With a very heavy heart I wish to inform that I lost my lovable mother early morning today. We are bringing her to Saligramam, Chennai residence by evening flight for final respects," Dr Tamilisai, took to Twitter to inform about the sad demise of her mother.

"I am deeply saddened that my mother who nurtured me is no more. It was her upbringing that instilled in us the virtues of serving the poor and needy, to be always true to your conscience and have faith in God at all times," the Governor said in another emotional tweet.

Expressing grief over her mother's demise, she said, "My mother's mortal remains will be brought to Saligramam residence as per her last wishes. The final rites will be performed in Chennai tomorrow." Meanwhile, condolences poured in from various quarters.

Former Tamil Nadu Chief Minister and AIADMK co-coordinator K Palaniswami said he was distressed to hear the news of the passing away of Krishnakumari.