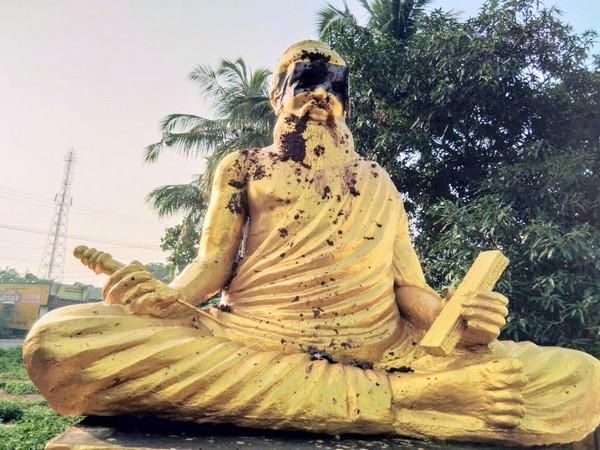 Earlier, a controversy broke out between political parties in Tamil Nadu, when the state BJP posted a tweet which contained a picture of Thiruvalluvar wearing saffron cloth while holding a 'rudraksha' string in his hand and white holy ash spread on his forehead.

The opposition parties condemned the tweet, calling it an attempt to allegedly 'saffronise' Thiruvalluvar. The Pilliyarpatti police have filed a case in regard to vandalisation of statue and further investigation is underway.