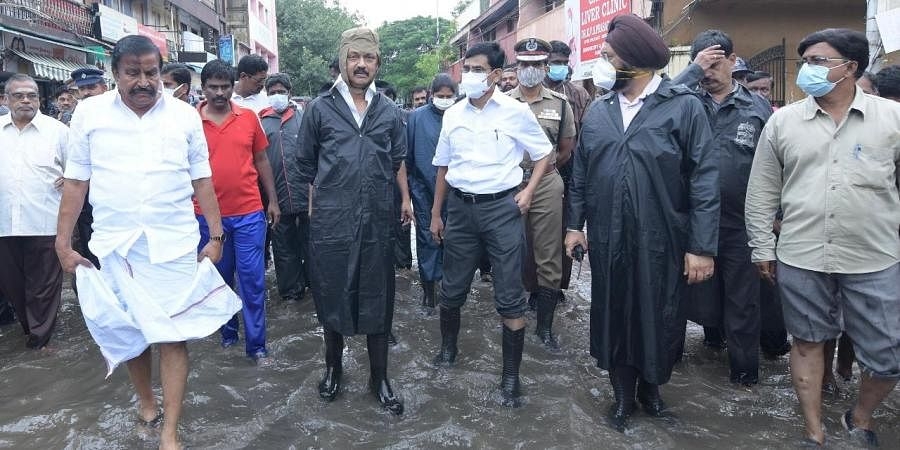 Stalin, along with Cabinet colleagues distributed flood assistance, including rice, milk and blankets to people in affected areas, housed in a temporary shelter here.

"I have instructed officials and sent the national disaster management team to the respective areas. All MLAs and MPs are instructed to get involved in the rehabilitation work. Chennai along with 11 districts are affected due to 20 cm and above rainfall", the CM said.

Stalin announced a two-day holiday for schools in Chennai, Tiruvallur, Chengalpet and Kancheepuram districts due to severe rains and the forecast for more rains over the next two days. He also requested people with plans to travel to Chennai to postpone their travel by two or three days.

Some of the suburban locations, including areas covered in nearby Tiruvallur district received between 3 CM (Poondi and RK Pet) and 9 CM (Cholavaram). The IMD has given a 'red' category warning, indicating heavy rains in Tamil Nadu and neighbouring Puducherry on Sunday.

Four teams of National Disaster Response Force have been deployed to assist in rescue operations in case of emergency. One team each in Chengalpet and Tiruvallur and two teams at Madurai are stationed for rescue operations, the TNSDMA said.

While most parts of the city and suburbs witnessed waterlogging, parts of several neighbourhoods in Saidapet, Velachery, Adambakkam, Madipakkam and West Mambalam experienced inundation up to about two to three feet. Several subways were filled with rainwater up to to several feet.