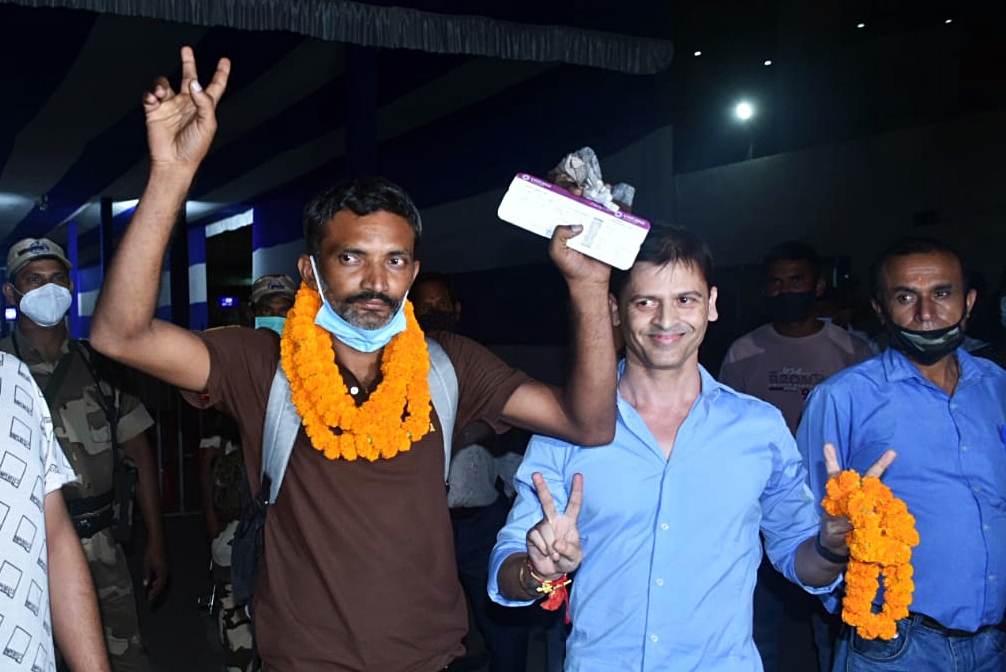 India on Sunday brought back 392 people, including two Afghan lawmakers, in three different flights as part of the mission to evacuate its nationals and Afghan partners from Kabul in the backdrop of increasing hostilities and deteriorating security situation in the city.

A total of 168 people, including 107 Indians and 23 Afghan Sikhs and Hindus, were flown from Kabul to Hindon airbase near Delhi in a C-17 heavy-lift military transport aircraft of the Indian Air Force (IAF).

Another group of 87 Indians and two Nepalese nationals were brought back in a special Air India flight from Dushanbe, a day after they were evacuated to the Tajikistan capital in an IAF 130J transport aircraft, officials said.

Separately, 135 Indians, who were earlier evacuated from Kabul to Doha in the last few days by the US and NATO aircraft, were flown back from the Qatari capital city to Delhi on a special flight, they said.

The group of 168 people, who were evacuated from Kabul, included Afghan lawmakers Anarkali Honaryar and Narender Singh Khalsa and their families, people familiar with the evacuation mission said.

"India is our second home. Even if we are Afghans and live in that country, people often call us Hindustanis. I thank India for extending its helping hand," Khalsa told reporters at the Hindon airbase near Delhi.

"I am feeling like crying. Everything is finished. It is a very difficult and painful decision to leave the country. We have not seen such a situation. Everything has been snatched away. It's all over," a visibly despondent Khalsa said when asked about the situation in Afghanistan.

With Sunday's evacuation, the number of people evacuated by India from Kabul has reached around 590 since last Monday.

It is learnt that a small group of Indian officials is coordinating the evacuation mission at the Kabul airport and another batch of Indians is expected to be brought back from the Afghan capital on Monday. However, it will depend on whether a sizeable number of Indians, as well as Indian-origin people, manage to reach the airport.

People familiar with the situation in Kabul said Afghan nationals who are having Indian visas are facing increasing scrutiny from the Taliban. It is learnt that the Indians evacuated to Doha from Kabul were employees of a number of foreign companies that were operating in Afghanistan.