Taliban 'got punished' by God for destroying Gautam Buddha statue when US dropped bombs: Yogi Adityanath

The world saw the barbarism of the Taliban. Buddha never imposed war on the world, the chief minister said.
IANS 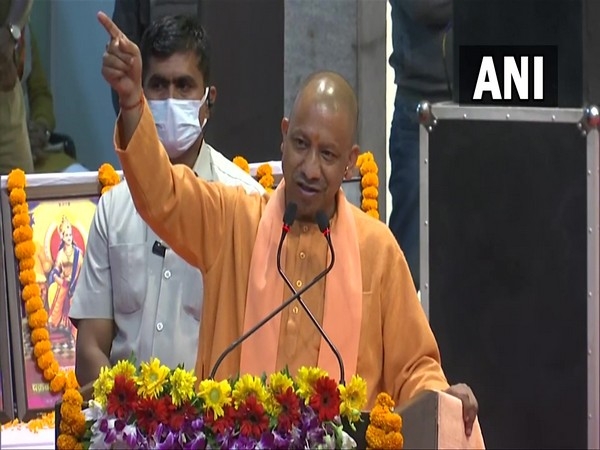 Uttar Pradesh Chief Minister Yogi Adityanath on Sunday lashed out at the Taliban, which, he alleged, destroyed a statue of Gautam Buddha in Afghanistan 20 years ago.

He further alleged that the Taliban 'got punished' by God for destroying the statue when the US dropped bombs on them. The Chief Minister also stated that Lord Buddha will always be the source of inspiration for humanity and the centre of devotion.

While addressing Samajik Pratinidhi Sammelan in Lucknow, Adityanath said, "You must have seen the scenes when Taliban destroyed the 2,500-year-old statue of Gautam Buddha in Bamiyan, Afghanistan 20 years ago.

The world saw the barbarism of the Taliban. Buddha never imposed war on the world. He will always be the source of inspiration for humanity and the centre of devotion. But no Indian or anyone supporting peace and harmony anywhere in the world should forget the scenes of his statue being destroyed by the Taliban.

Adityanath further said, "You must have seen that just a few days after that the US dropped bombs there and Talibanis were killed. God had punished them for what they did to the statue of Gautam Buddha."

While remembering Mauryan Emperor Chandragupta Maurya, the CM said, "How is history distorted! History did not call Chandragupta Maurya great, whom did it call great? The one who lost from him. They call Alexander, the great. The nation has been cheated. But historians are silent on it, because, if the truth comes out before Indians, the society will stand up once again. When society stands up, the nation stands up too. PM Modi is making this nation stand up today. When we talk of 'Ek Bharat, Shrestha Bharat', these issues are addressed."