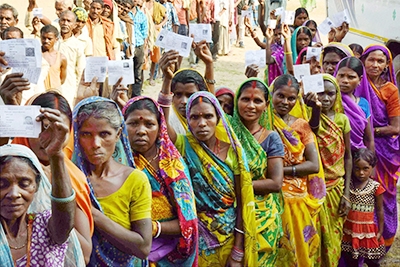 Amid in-fighting within the Congress and BJP in Rajasthan, the stakes are high for both the parties in the Panchyat Raj elections of six major districts starting from Thursday. The elections results will be important for CM Ashok Gehlot as he is under pressure from the dissident group of the party while the results will also affect the internal politics of BJP where former CM Vasundhara Raje is preparing to be more active.

The election of six Jila Parishad and 78 panchayat samities will take place in districts like Jaipur, Jodhpur, Bharatpur, Dausa, Sawai Madhopur and Sirohi. Four out of the six districts are politically important as Jaipur is the capital of the state while Jodhpur is the home town of CM Ashok Gehlot and central minister Gajendra Singh Shekhawat.

Similarly, Bharatpur is a divisional headquarter and home town of minister Subhash Garg who is very close to CM Gehlot and a former minister Vishvendra Singh who was once very close to dissident leader Sachin Pilot and was sacked from the cabinet as he was involved in the rebel act of Sachin Pilot.

Dausa is the home town of Sachin Pilot as his father late Rajesh Pilot, her mother Rama Pilot and he had represented Dausa in parliament. two cabinet ministers also represent the district.

The Congress looks in a strong position as it has 25 MLAs in all these districts and 6 independents that are supporting Congress Government in the state. While BJP has just 6-7 MLAs although all 6 MPs are of BJP. The BJP was ahead of Congress in last year’s panchayat raj elections of 20 districts where BJP had formed its board in 12 Jila Partishads and Congress was in just five Jila Parishads.

This time the stakes are high as big leaders are involved directly because of their hometowns and constituencies. All are busy campaigning except CM Ashok Gehlot who is monitoring the elections from CMR.

According to political observers, this election will give an idea of the grip of both the parties on the rural public of the state and it will be interesting to see that how factionalism is affecting the prospects of these parties considering that the fourth year of the government is about to start. Rajasthan: Tehsildar calls on woman to renounce their rights from parental agricultural land,...