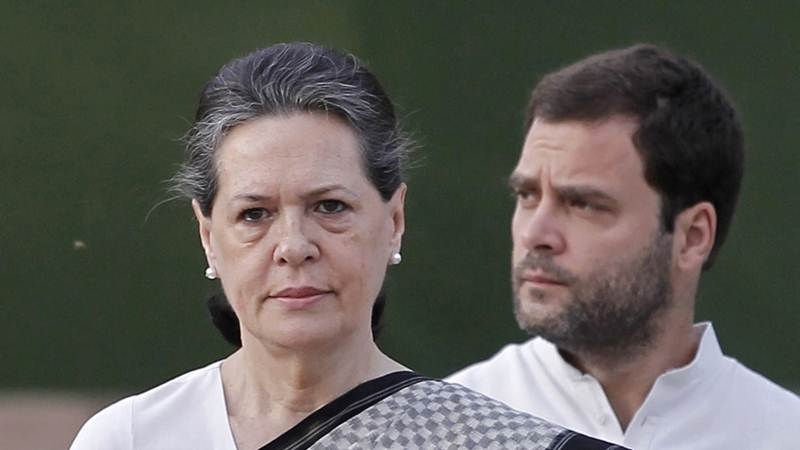 New Delhi: UPA chairperson Sonia Gandhi on Saturday endorsed BJP patriarch Lal Krishna Advani”s attack on the Modi government for not respecting disagreements and curbing freedom of expression.She was speaking at the release of the people”s agenda — Jan Sarokar 2019, at the Talkatora Stadium here, urging the civil society to keep a watch on implementation of the promises galore by the political parties.

Sonia fully endorsed Advani”s stand that “the essence of Indian democracy is respect for diversity and freedom of expression” and his call for protecting “independence, integrity, fairness and robustness of all our democratic institutions, including the media.” “The way the soul of our nation is being trampled for the past some time through a well-planned conspiracy is a matter of great concern,” she said.

“New definition of patriotism is being taught to us today and those who reject diversity are hailed as patriots. Discrimination among our own citizens is being justified on the basis of caste, religion and ideology,” she said. Without mentioning Advani”s stress on “freedom of choice of every citizen at personal as well as political level,” Sonia went on to hit the BJP also for its strong opposition to the beef consumption. “It is being expected of us that in matters of food, dresses and freedom of speech, we should accept the whims of a few people. The present government is not ready to respect disagreement at all.”

The people are assaulted for remaining firm to their beliefs and the government turns its blind eye to such assaults by refusing to perform its basic duty of enforcing the rule of law, she said.  She regretted that the government is snatching away all possibilities of improving lives of crores of Indians by framing the policies that help only chosen industrialists and businessmen flourish.

Calling for fighting such a government with full force to bring back a government that is responsible to its citizens, Sonia said: “We shall have to restore the secular and liberal principles incorporated in our Constitution and re-establish the constitutional guarantee of basic freedom and rights.”

“We can”t allow anyone snatch away the constitutional values and our rights,” she said while pointing out how she had been part of an experiment during the UPA government in coordination of the government with the civil society and taking advantage of the civil society”s experience and work that was institutionalised as the National Advisory Council (NAC) headed by her.