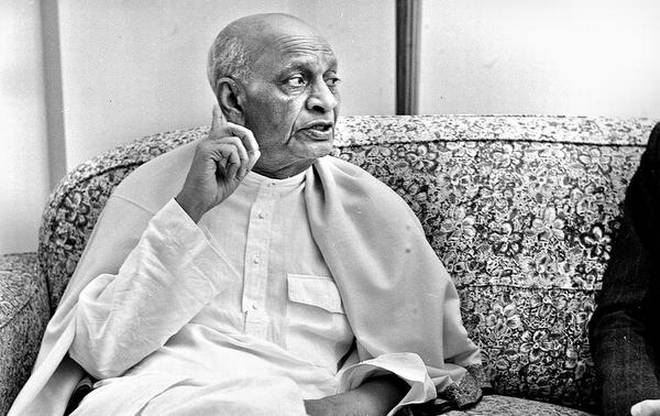 For this role and commitment towards national integration, Sardar Patel earned the sobriquet 'Iron Man of India'. He was a lawyer by profession who grew up to become the first Deputy Prime Minister of India.

He was also the founding father of the Republic of India. In 2014, the government declared his birthday, October 31, as Rashtriya Ekta Diwas (National Unity Day). On Sardar Patel Death anniversary here is the story about the man who unified India.

Sardar Patel was born on October 31, 1875, in Gujarat. He studied law in the Middle Temple Inn in London, practiced it in India and became one of the most successful lawyers in the country.

He was married to Jhaverba and the couple had two children, daughter Maniben and son Dahyabhai. His wife, however, died of cancer when their children were just 5 and 3 and Sardar Patel raised them with his family's support.

He joined the Indian Independence struggle after he met Mahatama Gandhi in 1917. He encouraged Indians nationwide to sign a petition demanding Swaraj (self-rule) from Britain.

He organised relief efforts in the wake of plague and famine in Gujarat's Kheda and after personal contemplation left his ambition as a lawyer and devoted himself completely to the freedom struggle. He was the force behind the 'Gujarat Satyagraha'.

In 1920, Sardar Patel became the President of Gujarat Pradesh Congress Committee and he worked extensively in the following years against alcoholism, untouchability, caste discriminationand empowerment of women in the state.

He rose to the leadership of the Indian National Congress and organised the party for elections in 1934 and 1937 even as he continued to promote the Quit India Movement.

After India gained independence from the British, Sardar Patel was one of the first Congress leaders to accept the partition of India as a solution to the rising Muslim separatist movement led by Muhammad Ali Jinnah. He represented India on the Partition Council.

Sardar Patel was given the herculean task of the political integration of India and is responsible for unifying 562 princely states in the country. This earned him the title of 'Iron Man of India'.

Sardar Patel died on December 15, 1950, at Birla House in Bombay after suffering a massive heart attack. He was awarded the Bharat Ratna posthumously. 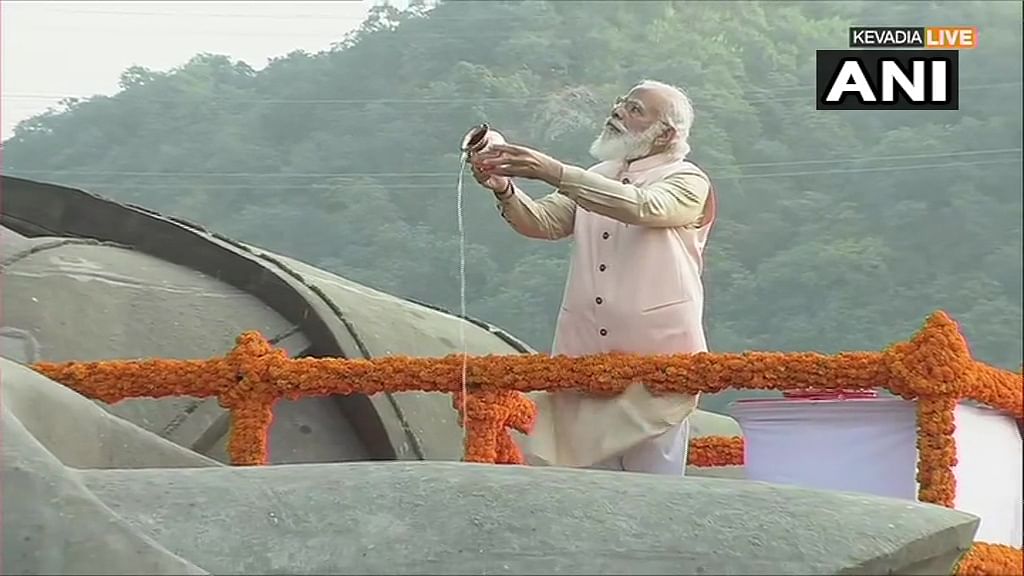 In his remembrance the Modi Government built The statue of Unity has been built as an ode to the Iron Man of India, Sardar Vallabhbhai Patel, the first home minister of independent India. He was responsible for uniting all 562 princely states of the country to build the Republic of India. At 182 metres, Statue of Unity is the tallest statue in the world. It towers over China’s Spring Temple Buddha statue by 29 metres and the world famous Statue of Liberty by 89 metres. The height of the base of Statue of Unity is 58 metres. 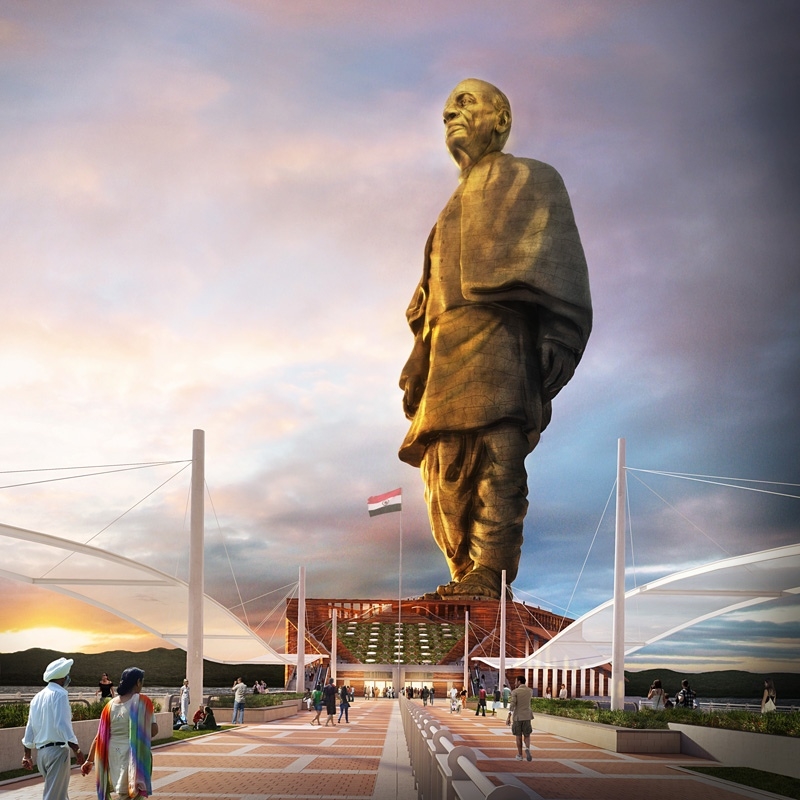 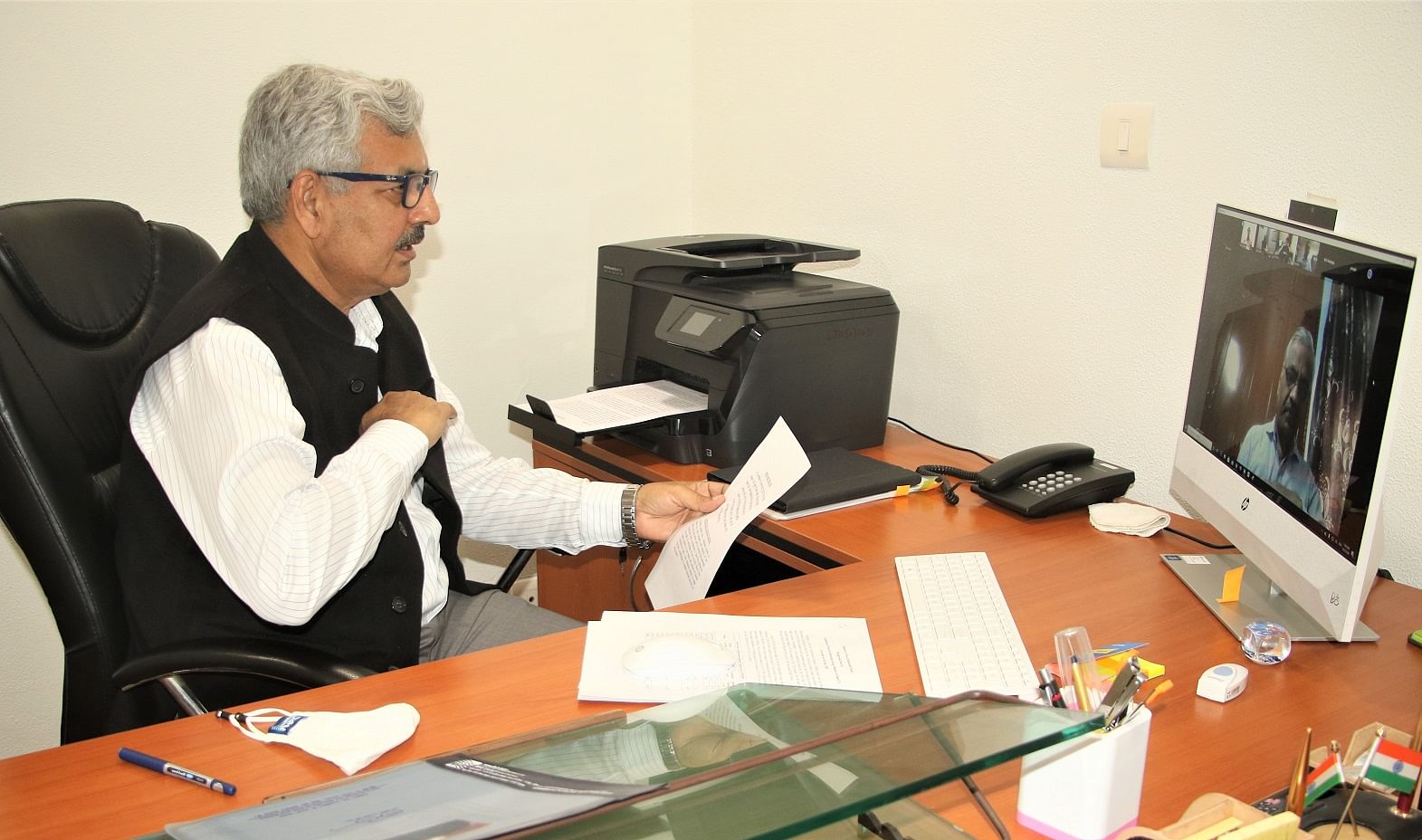