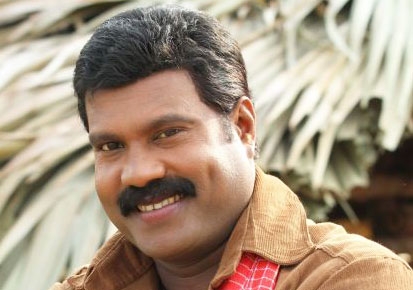 Chalakudy (Ker): In a new twist in noted south Indian actor Kalabhavan Mani’s death, a highly dangerous insecticide has been found in his viscera samples. Mani’s samples had been sent to the Regional Chemical Examiner’s Laboratory at Kakkanad in Kochi for testing after his death on March 6 and the report came out today.

Methyl and Ethyl alcohol contents were also found in the actor’s samples, he said. 45-year-old Kalabhavan Mani, known for his award-winning performance in ‘Vasantiyum Lakshmiyum Pinne Njanum’, was undergoing treatment for liver and kidney diseases at Amrita Institute of Medical Sciences (AIMS) for some time when he died.

Police had registered a case of unnatural death after AIMS doctors told police that traces of methyl alcohol was found in his blood. Meanwhile, the actor’s widow Nimme told reporters “we have doubts in his death.”

Some people are being questioned by police. She rubbished reports that there were some family problems. “There were no family problems. You can ask anyone. There were no issues between us”, she told reporters. Asked if the actor had any enemies, she replied in the negative. Since some of his friends had gathered at the outhouse ‘Padi’, they would have encouraged him to have liquor, she said.

“Mani chettan will not commit suicide. He had all the luxury now,” she said about the actor, who had risen to great heights in South Indian films from humble beginnings.

Mani’s younger brother RLV Ramakrishnan, said there were awaiting the chemical lab reports and would file a complaint after that.

Police had yesterday questioned a TV anchor and some close aide of the late actor who were with him shortly before his death.