Several protests - some peaceful, some violent - erupted across India on Monday against the police crackdown in Jamia Millia Islamia and the controversial citizenship law as students took to the streets on Monday. But after the protests, in a thoughtful gesture Jamia Millia students were seen cleaning the road in front of the University.

This is such a thoughtful gesture.#JamiaMilliaIslamia students cleaning the road in front of the University after #CAAProtests

Moments like these make this University what it is. Trolls can say whatever.

More power to all the students of this beautiful country. (1/2) pic.twitter.com/slNaoLb6HP

Prime Minister Narendra Modi called these protests "deeply distressing" and appealed for peace. The lines between anger at the police action against Jamia students and the protests over the Citizenship Amendment Act, which will grant citizenship to non-Muslim refugees from Pakistan, Afghanistan and Bangladesh, blurred into a unison of protest -- from Uttar Pradesh to Kerala and Maharashtra to West Bengal.

The police clampdown against the Jamia students became yet another rallying point for a Congress-led opposition, which is already up in arms against the Modi government over the CAA since its passage last week by Parliament. Congress leaders, led by Priyanka Gandhi Vadra, also held a silent protest from 4pm-6pm in India Gate. 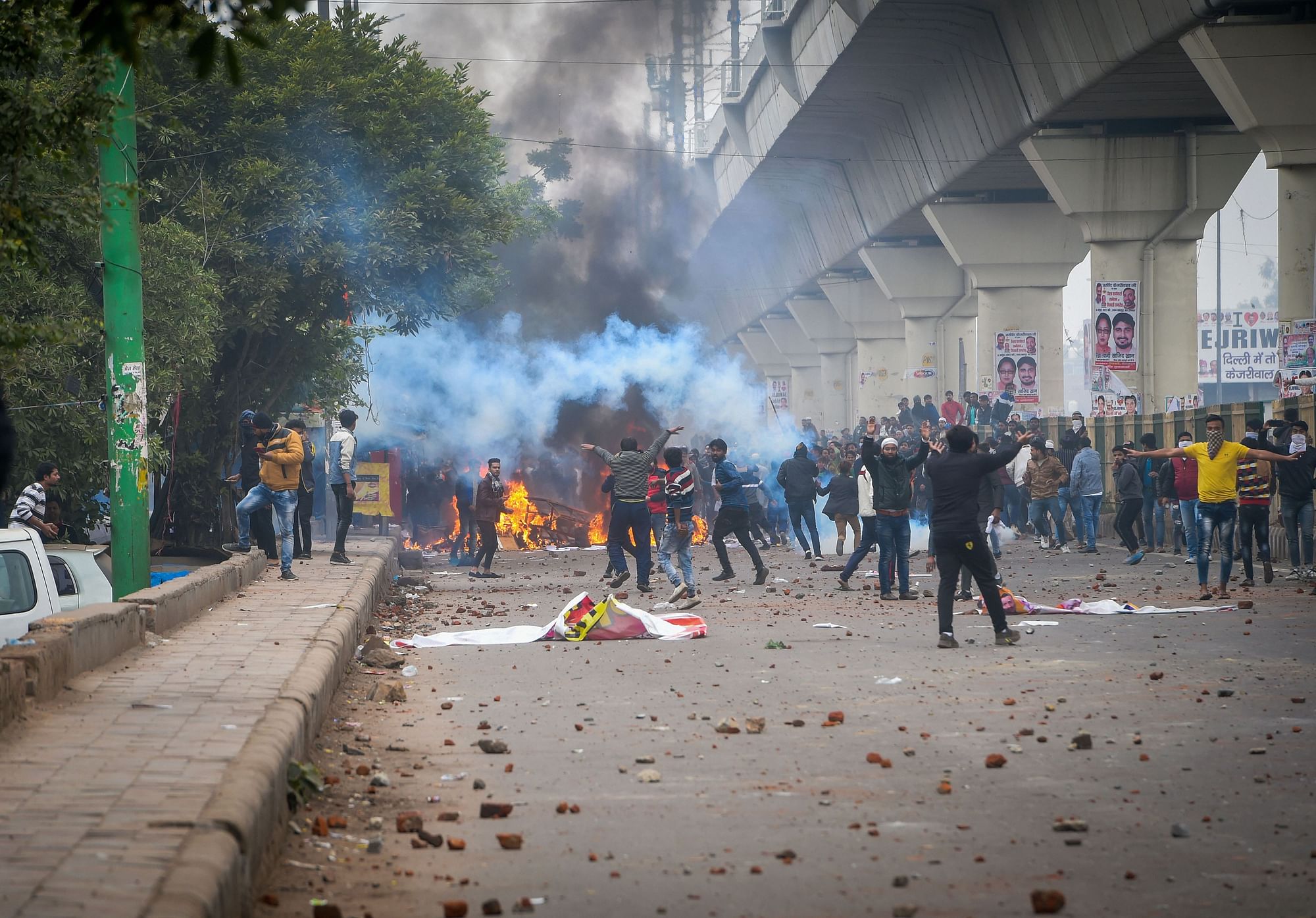 Student protesters also demanded a probe into the use of teargas inside the Jamia university's library as well as police entering the campus without permission from university authorities. And so intense was the exasperation among the student community that even country's premier institutions -- IIT Kanpur, IIT Madras and IIT Bombay -- which are not the regular ones to join any agitation, came out against the police action.

In West Bengal, Chief Minister Mamata Banerjee took out a massive rally in Kolkata and declared that the CAA and the NRC can be enforced in the state only on her "dead body" while daring the Centre to dismiss her government.

The Jamia Millia Islamia University had turned into a battlefield on Sunday as police entered the campus and also used force, following protest against the Citizenship Amendment Act, which led to violence and arson. The varsity's vice-chancellor assured that they will provide assistance to students who want to go back home. She said that the students, who want to go back can contact the administration officials, and the administration, will facilitate it. The varsity had declared winter vacation from Saturday till January 5 and even postponed the exams.