Thiruvananthapuram: Union Home Minister Amit Shah attacked both Congress and the communists during his election campaign in Kerala and described Rahul Gandhi’s frequent visits to the state as picnic.

Both the LDF and the UDF have made Kerala a hub for corruption, he thundered. Addressing an election meeting at Kollam, he said while Congress uses solar for corruption, the LDF uses dollar for it, referring to the infamous solar scam during Oommen Chandi’s chief ministership and the dollar and gold smuggling scam under the Pinarayi Vijayan government.

He went on to ask a series of new questions to the chief minster, including one on the alleged intervention from the CMO for the release of the detained contraband gold. He asked Vijayan as to what action he took when ED and Customs officials were attacked.

Amit Shah declared that Sabarimala would be a central theme in the current election campaign and recalled how the LDF government took activist women to the temple under heavy police protection. The two women who entered the hill shrine are now campaigning for the CPI-M, he said. 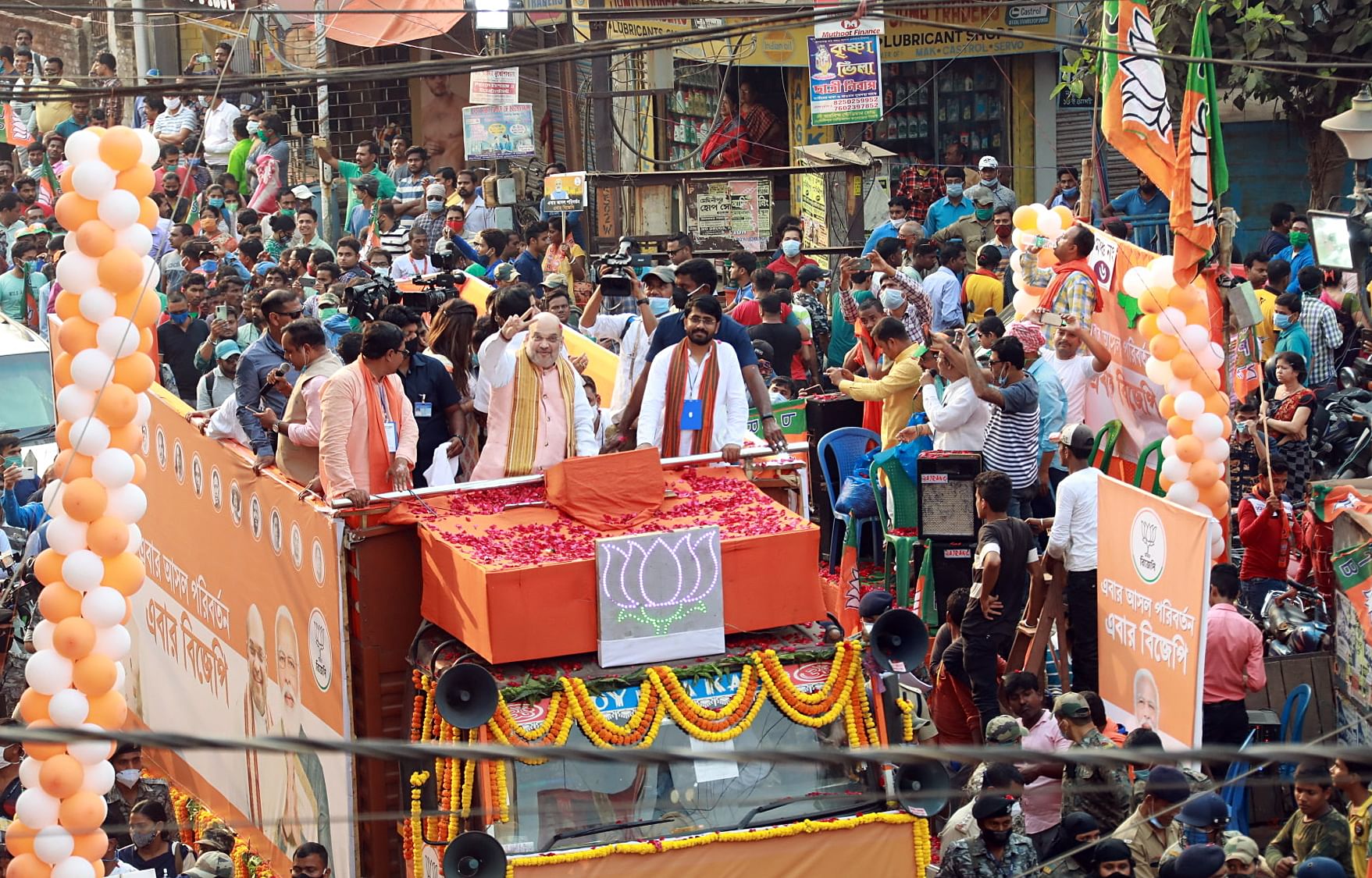 He claimed that the people would again punish the communist government for the excesses committed against the devotees.

The union minister was sarcastic about the Congress, saying he could not understand the logic of the party leadership. In Kerala there are fighting each other, while in Bengal they are fighting together. Again in Kerala, they are in league with the Muslim League, but flock together with Shiv Sena in Maharashtra.

He urged the people to let the lotus bloom in Kerala under the leadership of Narendra Modi, but the mention of E Sreedharan in the same breath gave the indication that the saffron party is not loath to project the Metro man as the party’s chief ministerial face, despite the central leadership denying any such move earlier.

He claimed that Prime Minister Modi had done a lot of things for Kerala, although the party was never in power in the state. He accused the state government of hijacking the central schemes and claiming credit for those.

He urged people to ask Rahul Gandhi as to how much money was allotted to Kerala when his party was in power at the Centre and claimed that the UPA government had provided Rs 45,390 crores to the state while the Modi government has allocated Rs 1.38 lakh crores.