On Friday, CM Amarinder Singh had written to Congress chief Sonia Gandhi expressing his strong reservations over a possible move to elevate Navjot Singh Sidhu as the PPCC president 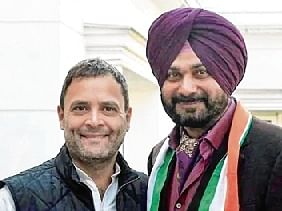 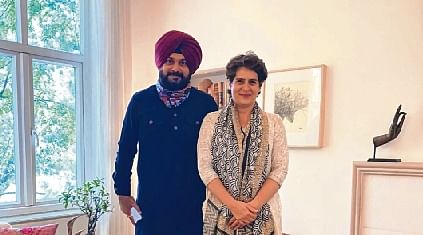 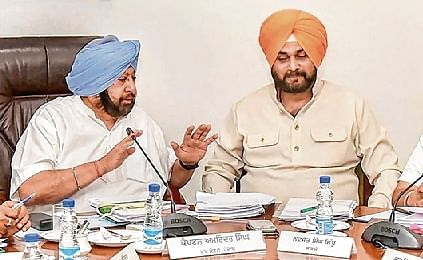 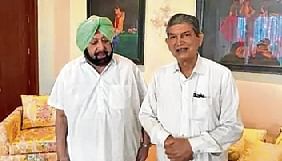 It is a season of meetings as far as Punjab Congress is concerned. Even as the infighting and rift has widened between factions, people in power and people who matter and people of different "camps" have been spending sleepless nights burning the midnight lamp and toiling hard on a formula to outsmart and outwit each other.

Even as master poll-strategist Prashant Kishor was roped in by the Gandhis to find a compromise formula, a middle path is far from sight. On Thursday, even as the day showed "some" hope, however, as the sun set, it seemed that the compromise formula was dead even before it arrived.

On Saturday, Captain Amarinder who seemed to be "unhappy" with the plan of making Sidhu the state Congress chief, said any decision taken by the Congress president will be acceptable to all. he said this after meeting AICC general secretary and Punjab in-charge Harish Rawat. Rawat flew down to Chandigarh as tensions escalated in the Congress' Punjab unit over differences between Amarinder and Navjot Singh Sidhu.

The chief minister was later quoted by his media adviser as saying that he had a fruitful meeting with Rawat.

"'Had a fruitful meeting with @harishrawatcmuk. Reiterated that any decision of @INCIndia Presdent will be acceptable to all. Raised certain issues which he said he'll take up with @INCIndia president,' @capt_amarinder," the official tweeted.

There is intense speculation that the cricketer-turned politician may be appointed state Congress chief.

Rawat reached Chandigarh in a chopper around 12 noon and went straight to the chief minister's farm house in Mohali.

The visit is being seen as an effort to placate Amarinder Singh, who wrote a letter to Congress president Sonia Gandhi on Friday. He is learnt to have said that giving the post of state party chief to Sidhu, a Jat Sikh, would upset the party's senior leaders representing the Hindu community and harm the party's prospects in the 2022 assembly elections.

WHAT SIDHU IS DOING

Sidhu also called on three Cabinet ministers, including Sukhjinder Randhawa, Gurpreet Kangar, and Balbir Sidhu at their respective residences. He also met about a dozen MLAs also in Chandigarh. This is seen as Sidhu’s effort to take everybody along in the party.

Sidhu’s team is preparing for a massive show of strength after an announcement of his elevation. He is likely to pay obeisance at the Golden Temple and Durgiana Mandir in Amritsar. Following which, he is expected to take out a rally from Amritsar and pass through Hussainwala and Khatkar Kalan, two historical places associated with martyr Bhagat Singh. He is also planning to halt at Bargari, the epicentre of sacrilege politics in Punjab.

New Delhi: Even as the Congress house in Punjab is in "complete" disarray, BJP national president JP Nadda held a meeting with party leaders from Punjab on Saturday in the national capital. Punjab BJP chief Ashwani Kumar Sharma, organisation's general secretary Dinesh Kumar and other leaders were present at the meeting held at party headquarters.

The meeting holds significance keeping the state assembly elections in Punjab due early next year in mind.

Nadda's meeting with the party's Punjab unit comes a day after he addressed the meeting of the Uttar Pradesh working committee on Friday as part of preparations for assembly polls early next year.

In that meeting, national president Nadda asked BJP workers to reach out to the people to expose opposition parties including the Congress and the Samajwadi Party.

Earlier, senior BJP leaders met on Tuesday to deliberate on the party's strategy for the monsoon session of Parliament, which begins on July 19.