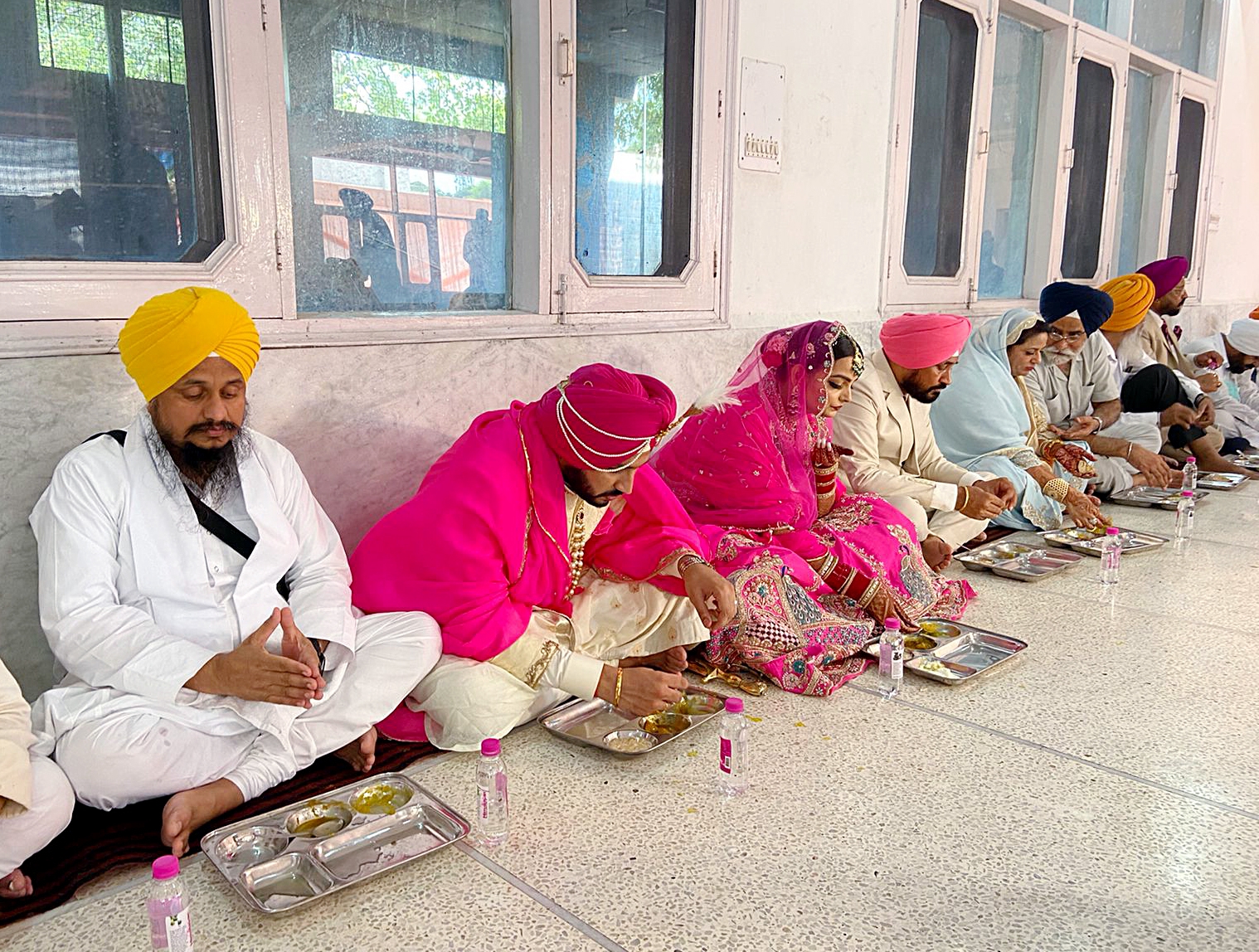 He married an engineering graduate Simrandheer Kaur,who hails from Amlala village near Derabassi in Punjab.

The Chief Minister himself drove the vehicle carrying the bride and groom to the venue. 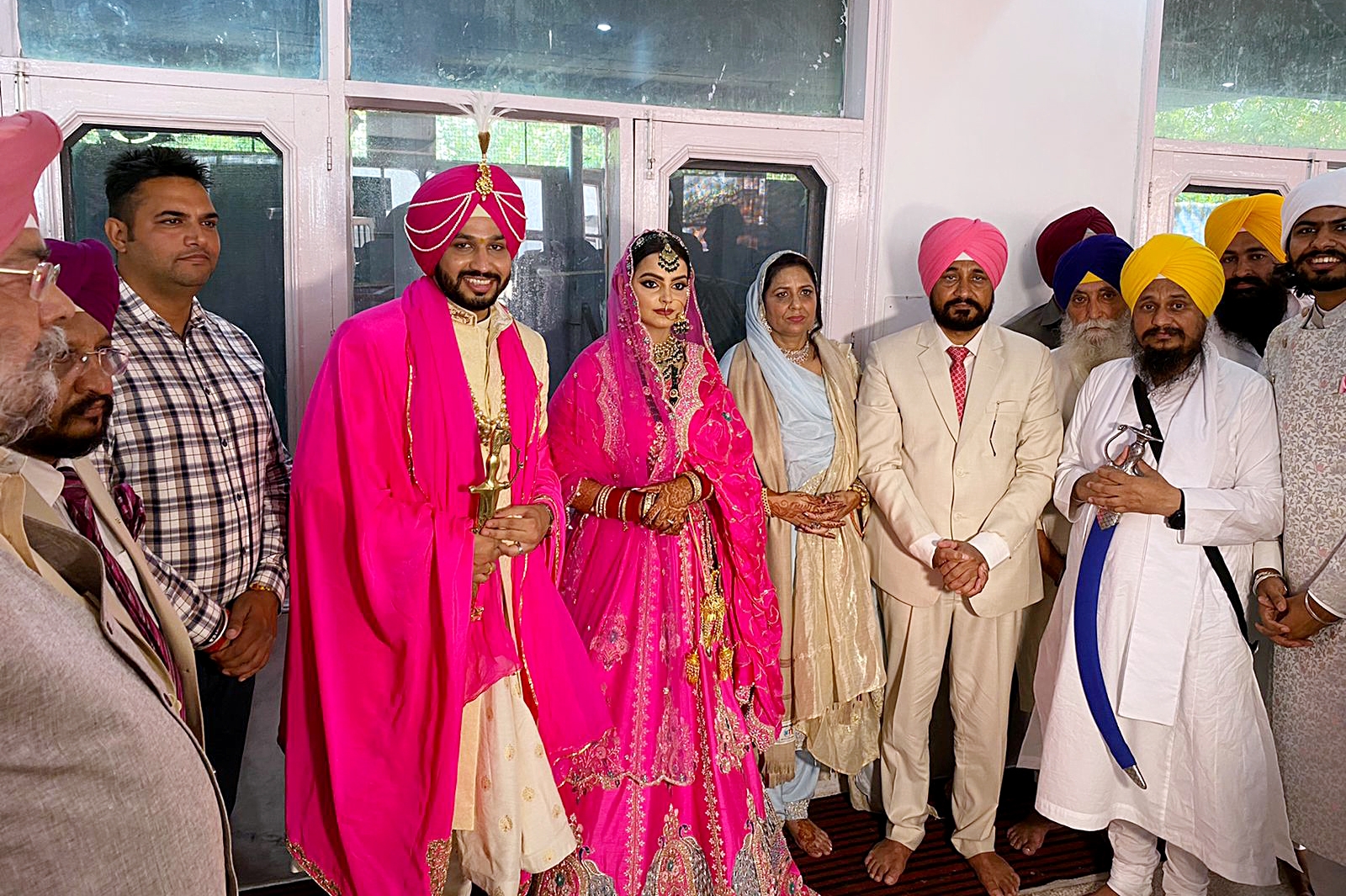 Punjab Chief Minister Charanjit Singh Channi along with his wife Kamaljit Kaur during their son Navjit Singhs wedding, in Mohali on Sunday.| ANI

The marriage was solemnised at the Gurudwara Sacha Dhan Sahib in Mohali.

The ceremony was attended by several MP's, MLA's from the Congress party. However, party chief Navjot Singh Sidhu decided to skip the ceremony as he was on his way to visit the Vaishno Devi shrine. 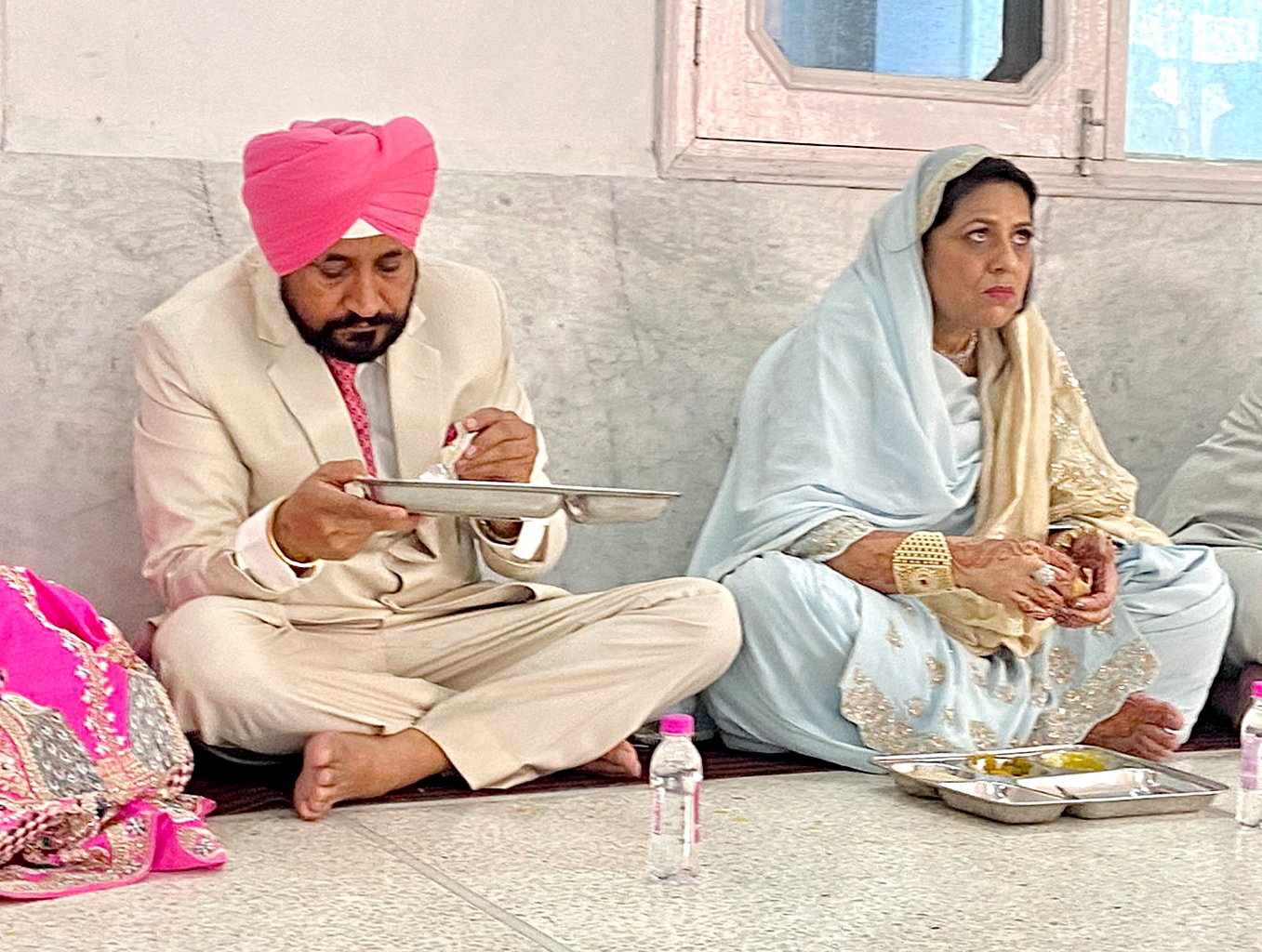 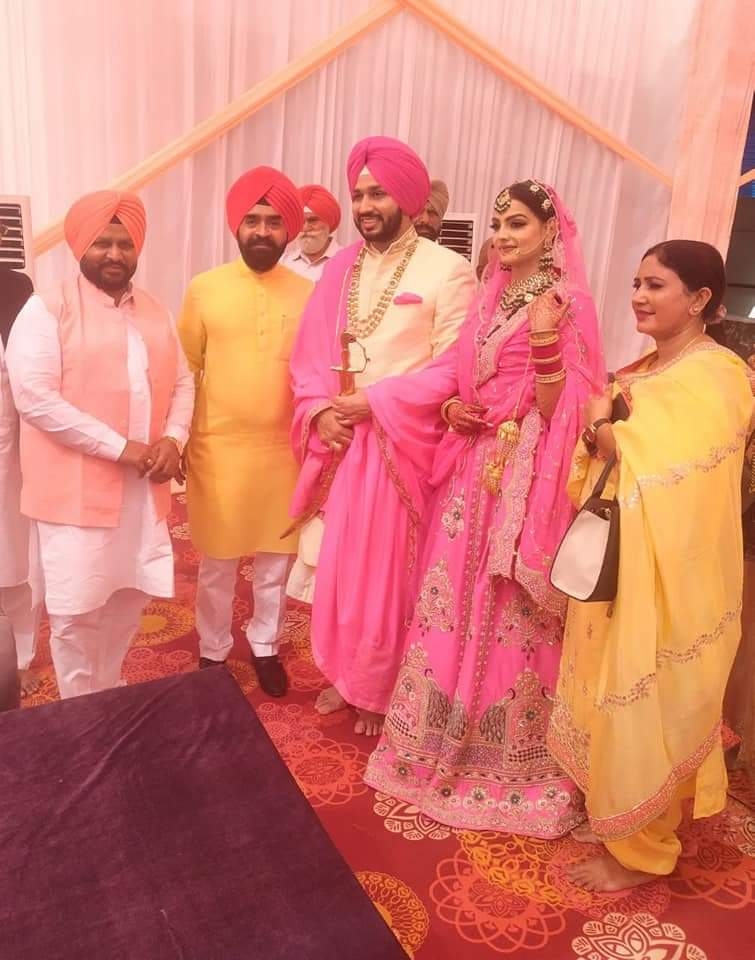 Channi belongs to the Ramdasia Sikh community and was appointed as cabinet minister in Capt. Amrinder Singh cabinet, Punjab on 16 March 2017 at the age of 47. He was also a three time MLA from Chamkaur Sahib Consistency and Minister of "Technical Education and Industrial Training" in Amarinder Singh's Cabinet.

Previously, he was the leader of opposition in the Punjab Vidhan Sabha from 2015 to 2016. He succeeded Sunil Jakhar and was succeeded by H. S. Phoolka.