The SAD leader, booked by Punjab police under the Narcotic Drugs and Psychotropic Substances (NDPS) Act , was granted interim bail by Punjab and Haryana High Court on Monday.
ANI 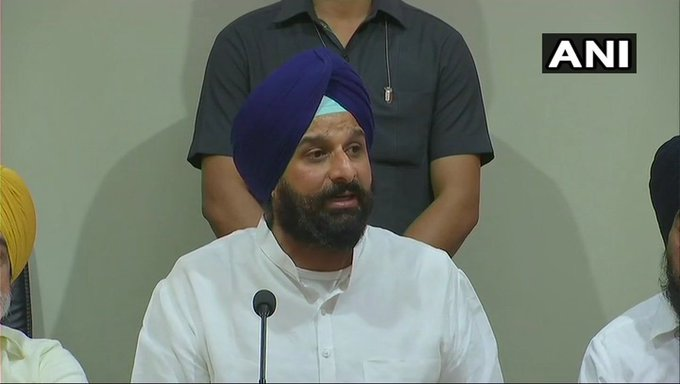 Shiromani Akali Dal (SAD) leader, Bikram Singh Majithia, who was granted interim bail in a drugs case, slammed Punjab Chief Minister Charanjit Singh Channi and other Congress state ministers on Tuesday alleging a "conspiracy" to frame him to save themselves.

"For the first time in history, four DGPs were changed in three months. The Chief Minister along with other ministers created a conspiracy to frame me, to save their posts. But I always stand by the truth and law," Majithia said on Tuesday while addressing a press conference in Chandigarh.

The SAD leader, booked by Punjab police under the Narcotic Drugs and Psychotropic Substances (NDPS) Act , was granted interim bail by Punjab and Haryana High Court on Monday.

During the press conference, Majithia, with folded hands thanked the courts and the judicial process. "Like every law-abiding citizen, I have always followed the due process and will continue to do so," he said.

The SAD leader's lawyer DS Sobti on Monday said that Majithia will be joining the investigation the day after tomorrow at 11 am before the SIT.

Majithia, who previously served as a minister in the Punjab government, has been booked under the NDPS Act at SAS Nagar Police Station on the basis of a 2018 report submitted by the anti-drug Special Task Force (STF). Amarinder Singh's 'compromise' with BJP was very clear when cases against him were brushed under the...