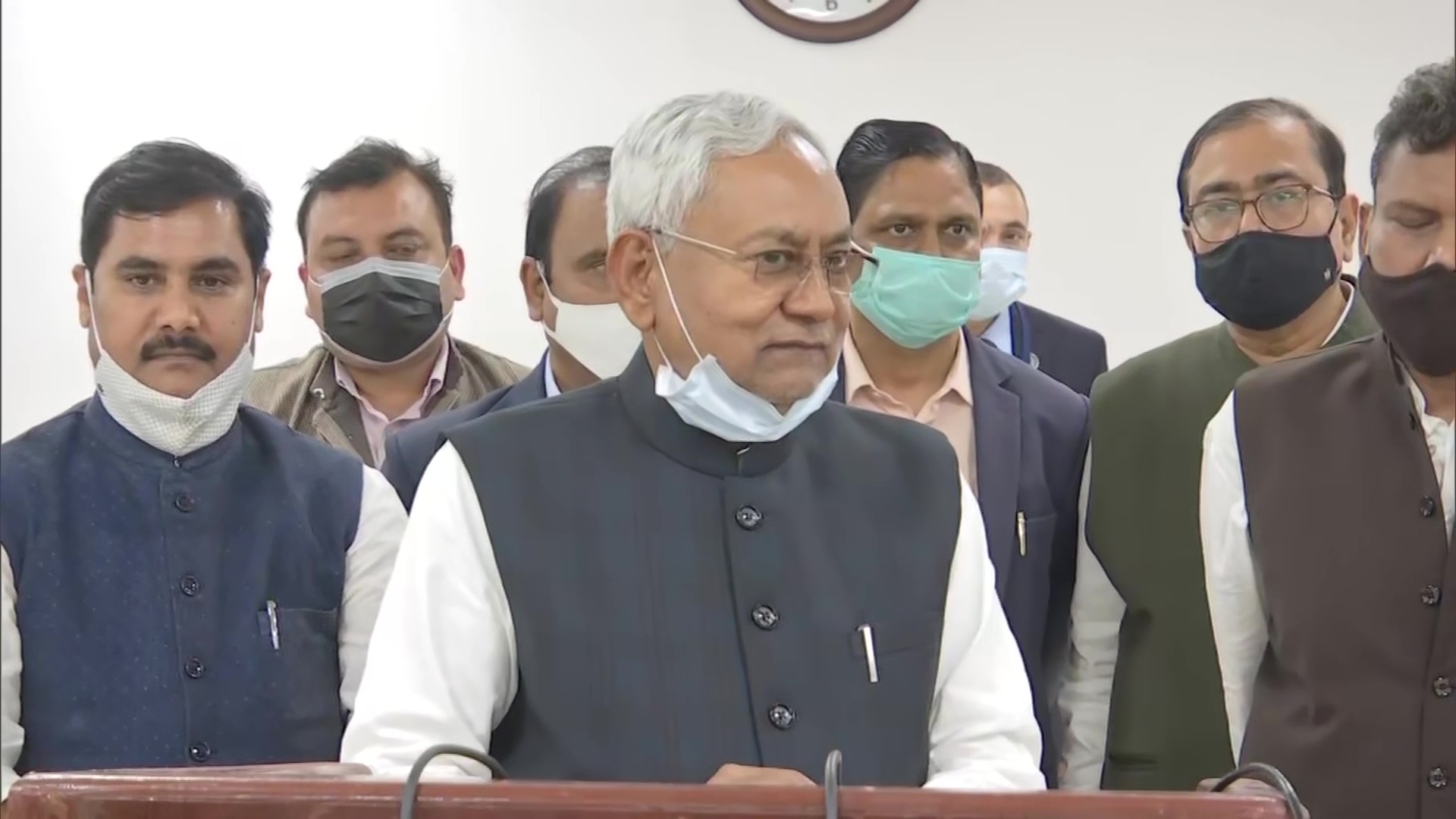 Patna: Chief Minister Nitish Kumar on Monday said an investigation is being done over the incident of empty liquor bottles found in Bihar legislature premises last month. He said a probe is underway to ascertain whether someone has really drunk alcohol there or bottles are just thrown away in the area.

"An investigation is being done over the incident of empty liquor bottles found in Patna. Probe is underway on both angles, whether someone has really drunk alcohol there or bottles are just thrown away in the area. Officials are on alert. I'm reading all reports," news agency ANI quoted Nitish Kumar as saying.

Earlier, empty bottles of liquor were found in the premises of legislature in dry Bihar, in a fresh embarrassment to the Nitish Kumar government, which has been drawing flak over recent hooch tragedies that have claimed more than 40 lives. The bottles were found under a tree in the area earmarked as parking lot for two-wheelers.

“This is outrageous. The spot is less than 100 metres away from the chief minister’s chamber," Leader of Opposition Tejashwi Yadav fumed upon inspecting the site.

“Only yesterday the chief minister presided over a farce wherein NDA legislators took the pledge, inside the central hall here, against liquor consumption. Within 24 hours, liquor bottles have been found in the same premises," he said.

When asked if he favoured a repeal of the prohibition law, which his father Lalu Prasad claims to have been opposed to, Yadav said, “We are in favour of complete ‘nashabandi’ (non-consumption of intoxicants)."

Upon being pointed out that the ruling NDA has been accusing RJD leaders of involvement in illicit liquor trade, he remarked sarcastically, “If they come out with the theory that we had planted the bottles in the premises, we will not be surprised."

Chief Minister Kumar, who also holds the Home portfolio, earlier informed the House that serious note has been taken of the incident and those responsible for the lapse would face stern punishment. “I will ask the chief secretary and the DGP to look into this matter of serious concern," said Kumar.

In response, Yadav said, “Please ensure that lower-level officials are not made scapegoats and the big fish do not go unpunished."

For the unversed, the sale and consumption of alcohol have been completely banned in Bihar since April 2016. The drastic move followed a promise made by Kumar to women of the state during the assembly elections of 2015, which his JD(U) had fought in alliance with RJD and Congress. However, bootlegging has been thriving in the state since then and opposition leaders claim that while the poor often end up being punished for flouting prohibition, those with resources get liquor delivered to their homes.