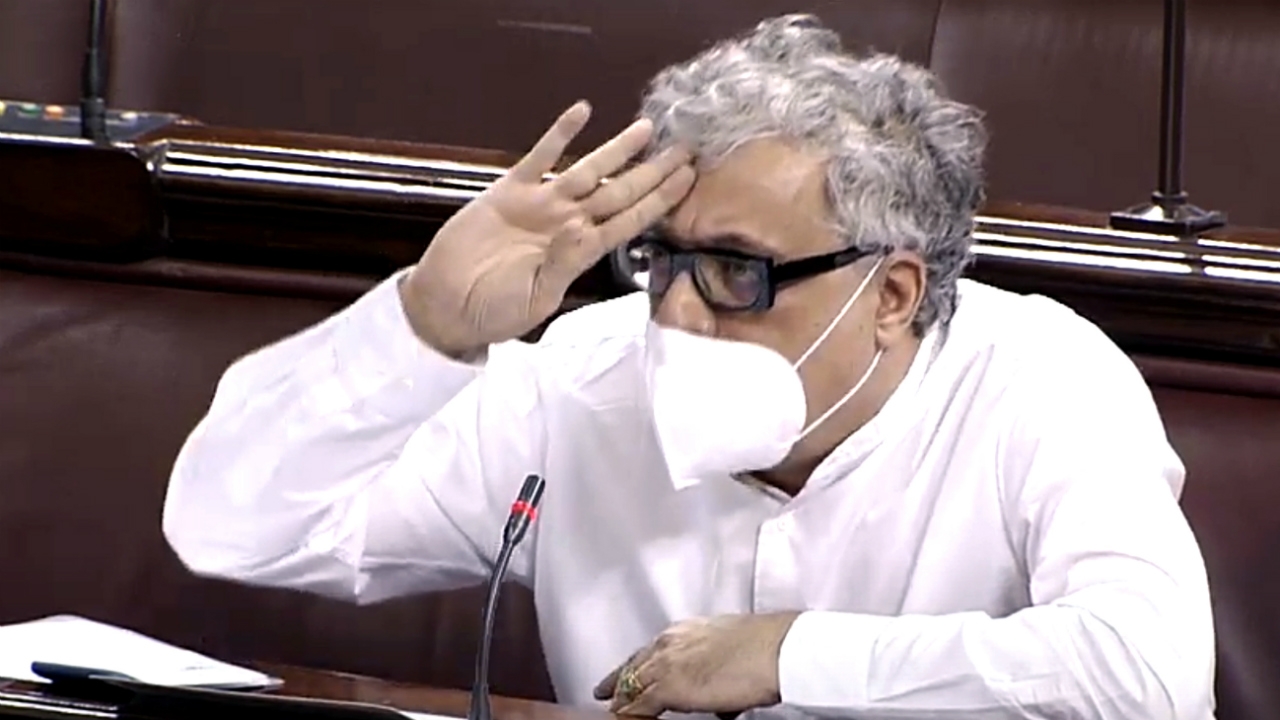 Accusing the Centre of not consulting experts to draw a strategy to deal with the COVID-19 pandemic, TMC MP Derek O'Brien on Wednesday said in Rajya Sabha that the Union government needs humility to work with states to move forward.

Participating in a debate on 'COVID-19 pandemic and steps taken by the Government of India', Derek also said the central government should not use the pandemic "to convert democracy into autocracy" and urged it follow best practices from states to deal with the crisis.

The senior TMC leader also termed the PM CARES Fund as the most "opaque" fund in the world.

"Did you consult global experts?" asked Derek on the government strategy to deal with the pandemic.

He said the West Bengal government had set up a global advisory committee and consulted epidemiologist. The state also set up isolation wards and quick reaction teams.

Derek said out of every Rs 100 spent on public health, Rs 63 comes from the states and only Rs 37 from the central government.

"The problem is when things are going good, you want to take the credit. When things are tough, you start talking about chief ministers," he said.

He wanted to know if the Centre transferred funds to the informal sector and migrant workers, as demanded by 12 opposition parties.

"You need humility... This government needs the humility to work together with states. You don't know at all...Unless you have this one thing how will we go forward," he said.

Referring to the government's decision on the temporary suspension of the MPLAD (Member of Parliament Local Area Development) Scheme during 2020-21 and 2021-22, Derek said, "The only chance an MP has to be responsible is to the MPLAD Funds. You must not use the pandemic to try and covert a democracy into an autocracy. That is dangerous".

Criticising the step to create PM CARES Fund, he said, "The most opaque dark fund in the world. It is called the prime minister couldn't care less fund...Oh! I said the name wrong."

Tiruchi Siva (DMK) alleged late action by the government in initiating steps to tackle COVID-19 and said this delay has led to the present situation.

"The first case was detected in January and the self-imposed curfew started from March 23," he said.

According to him, the lockdown was delayed for the "gala welcome" of the US President Donald Trump, who was here on a two-day visit on February 24 and 25 this year.

He alleged that the government was "underreporting" the cases. According to him, countries such as the US and Italy have tested up to 25 times more than India. K Keshava Rao of TRS said that there was a need for better coordination between the Centre and the state governments, which are handling the pandemic on the ground.

He also demanded that the states be given their dues rightly under the federal setup.

RCP Singh of the JD(U) said that during the pandemic, workers from Bihar, who have been working and contributing to the development of other states, were "deserted".

There are over 20 lakh migrants workers from Bihar who were sent back by the states after the pandemic without recognising their contribution and now they are being called back by their respective employers, he said. Elamaram Kareem (CPI-M) cited data from CMIM (Centre for Monitoring Indian Economy) to claim that around 15 crore people have lost jobs and alleged that the government has not taken any steps to address the situation.

While talking of the COVID-package, Kareem said that it just one per cent of the GDP, while the packages from other countries are up to 21 per cent of their GDP.

Jha also questioned the lockdown process, saying it was done in a "highly unscientific" manner.

Swapan Dasgupta, a nominated member, said that there is an element of confusion over the total number of COVID-19 cases.

"We agree that there is a huge number of people, which has been infected. The story which goes throughout the world is that somehow our figure is understated.

"Now, I do not know whether that is true or false but a lot of mathematical modeling on which they are based on, would suggest that actually in India the tally would go up to 70 to 80 crore, which seems an absurd proposition," he said.

But at the same time it has created confusion, he said and urged the health minister to come out with some clarification over the statistical robustness of the figures.