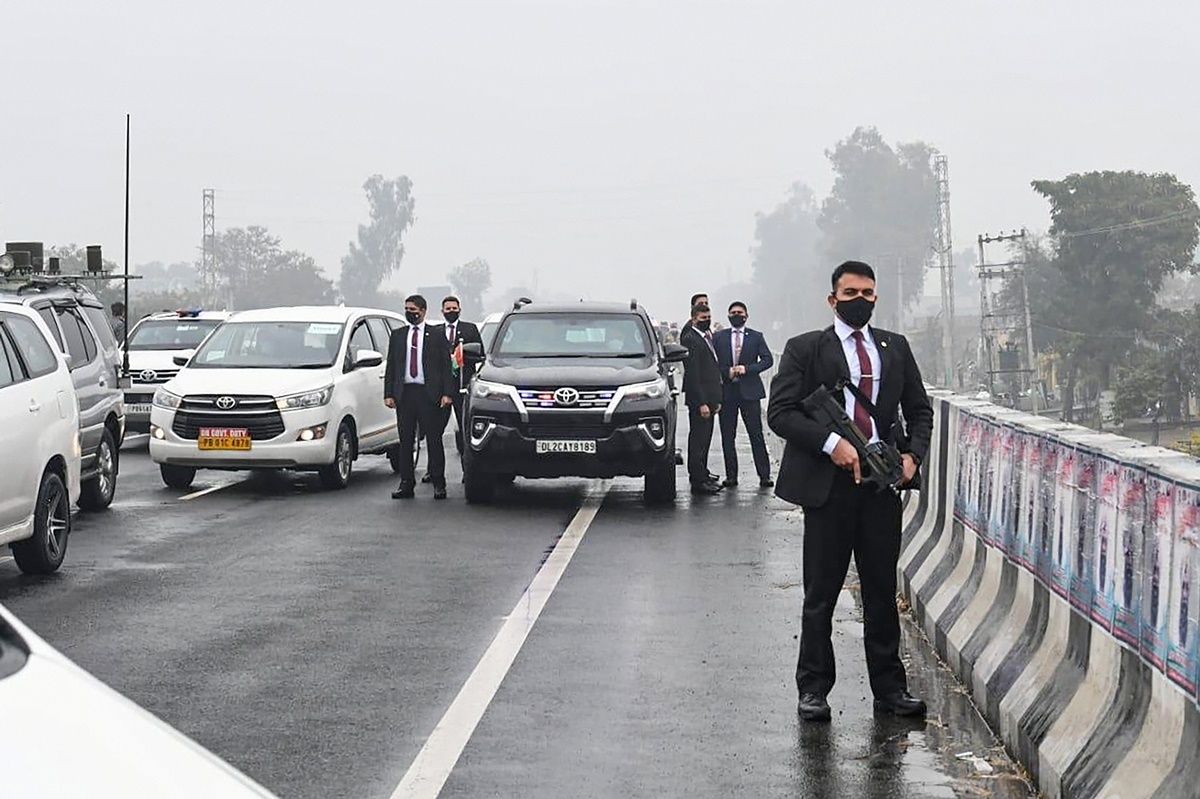 New Delhi: Despite having intelligence inputs about protesters, Punjab Police did not follow the 'Blue Book' and had not prepared a contingency route for Prime Minister's visit, said a senior Ministry of Home Affairs (MHA) official.

"As per the Blue Book, the state police have to prepare contingency route for the protectee in case of any adverse situation like the one that happened in Punjab during PM's visit," said the MHA official.

He added that officials of the Intelligence Bureau were in contact with Punjab Police and have alerted them regarding protesters movement and Punjab Police officers assured them of complete protection to the VIP.

Special Protection Group (SPG) personnel remain in close proximity to the PM while the rest of the security measures are taken care of by the state government. In case of any sudden developments, the state police update SPG and the movement of VIP are changed accordingly, added the official.

In 2021, around 150 drone sightings were recorded on the Punjab border from Pakistan and many such sightings remained uncounted. Many of the drones were also loaded with tiffin bombs, hand grenades, pistols and cash.

A team of MHA is seeking details of deployment, picket, rooftop deployment, barricades and other security measures taken by Punjab Police during the Prime Minister's visit.

"A report has been demanded from intelligence agencies over the security lapse," he added.

On November 4, Punjab Police recovered an explosive-filled tiffin box hidden in an agricultural field near the Indo-Pak border in the Ferozepur district.

Prime Minister Narendra Modi was scheduled to visit Ferozepur on Wednesday to lay the foundation stone of multiple development projects worth more than Rs 42,750 crore.

The Home Ministry has taken cognizance of the "serious security lapse" and has sought a detailed report from the Punjab government. The state government has also been asked to fix responsibility for this lapse and take strict action.

The Home Ministry said in a statement that PM Modi landed at Bathinda on Wednesday morning from where he was to go to the National Martyrs Memorial at Hussainiwala by helicopter. Due to rain and poor visibility, the Prime Minister waited for about 20 minutes for the weather to clear out.

The statement said that when the weather did not improve, it was decided that he would visit the National Martyrs Memorial via road, which would take more than two hours. The Prime Minister proceeded to travel by road after necessary confirmation of necessary security arrangements by the DGP Punjab Police.

Around 30 km away from the National Martyrs Memorial in Hussainiwala, when the Prime Minister's convoy reached a flyover, it was found that the road was blocked by some protestors.The Prime Minister was stuck on a flyover for 15-20 minutes.

"This was a major lapse in the security of the Prime Minister. The Prime Minister's schedule and travel plan was communicated well in advance to the Punjab Government. As per procedure, they have to make necessary arrangements for logistics, security as well as keep a contingency plan ready," the statement said.

"Also in view of the contingency plan, the Punjab Government has to deploy additional security to secure any movement by road, which were clearly not deployed. After this security lapse, it was decided to head back to Bathinda Airport," it added.

It said only Punjab police knew the precise route of the PM and "never has such police behaviour been witnessed".