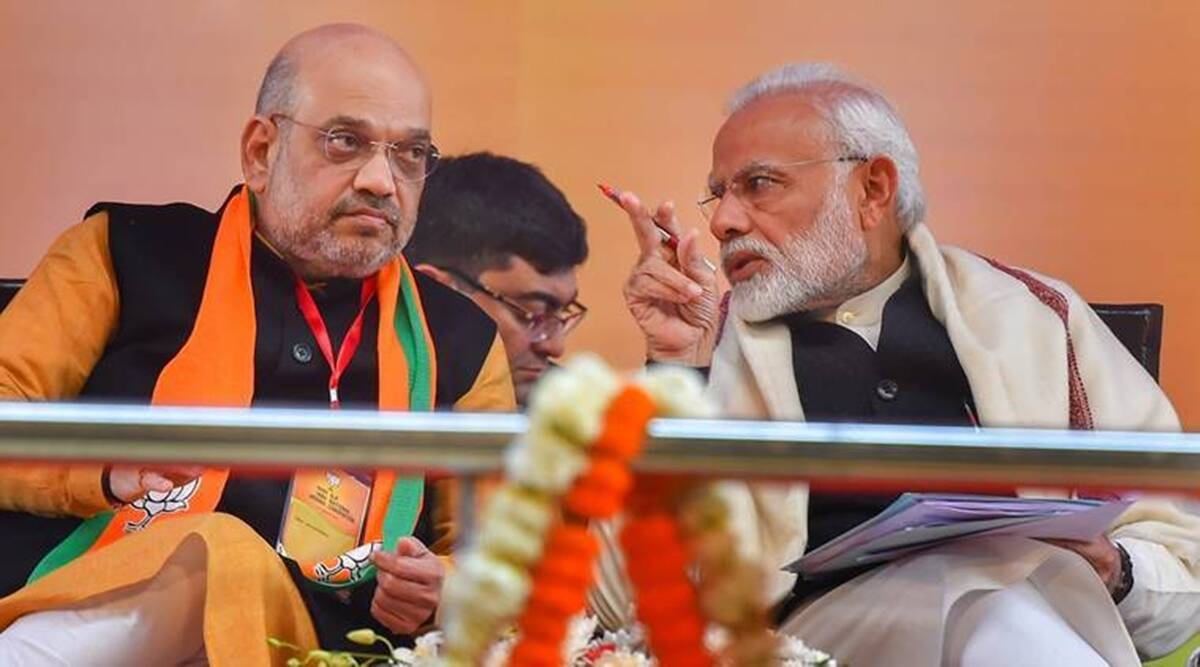 In his first public rally in J&K after the August 2019 revocation of its special status, Shah said Modi restored the grassroots democracy and started a new phase of development in J&K where lakhs of people faced injustice under the garb of Article 370.

"After a long gap, I have come to meet my brothers and sisters in Jammu. I was a bit tense because of the inclement weather and was not sure of meeting you. But by the blessings of the Mata Vaishno Devi, the sun came out and we came together," the home minister said at a public rally here.

Heavy rains on Saturday had cast a shadow over Shah's scheduled public meeting. However, an improvement in the weather allowed the rally to go through and it was attended by thousands of people who raised high pitch pro-BJP slogans.

"Today is the birth anniversary of Pandit Prem Nath Dogra, a leader from J&K who worked for the total integration of the state with India along with Mookerjee by raising the slogan of 'ek nishan, ek vidhan and ek-pradhan'," the home minister said.

"On August 5, 2019, the Modi-led government took a historic decision and revoked the discriminatory article 370 paving the way for the development of lakhs of people of J&K who have faced injustice over the years," he said.

"It was our dream, the dream of Mookerjee and Dogra and we are happy that this dream was fulfilled in our lifetime and it was only possible because of Modi," Shah said.

He said the credit for setting up grassroots level democracy in J&K for the first time in 70 years goes to the BJP which conducted a successful panchayat, block and district development council polls along with urban local body elections.

He said that with the revocation of the controversial article, the people who have suffered immensely and faced injustice have been given their due rights.

"Now the Sikhs, Mahajans, Khatris and others have got the right to buy and sell land. West Pakistani refugees, Gorkhas, Valmikis got the citizenship rights and various other communities including Gujjars and Pahadis who were deprived of reservation rights and benefits of forests act got the benefits guaranteed by the constitution," he said, adding the women also got their rights back with the abrogation of the Article 370.

Various central laws were implemented in Jammu and Kashmir as the focus of the BJP government is to ensure development and prosperity of every citizen of the union Territory, he said. "Efforts are on to ensure gas connection to every household along with electricity and water tap connections." He said PM Modi sanctioned Rs 35,000 crore for the completion of various hydroelectric projects, which shows his priority and the love for the people of J&K.

Shah referred to the opening of medical colleges, setting up of nursing training institutions and AIIMS and said 500 students used to complete their MBBS degrees earlier but now 2,000 students are pursuing medical courses in J&K with the sanctioning of seven new colleges.

Referring to the inauguration of the new campus of IIT-Jammu, the home minister said he was surprised to witness such a beautiful campus. He lauded the efforts of the Union Education Minister Dharmendra Pradhan who was also present there along with Union minister Jitendra Singh and Lt Governor Manoj Sinha.

Shah said he talked to the directors of IIT, IIM and AIIMS Jammu and asked them to set up a satellite campus for training of local youths so that more of them get admission in these institutions.

He said he talked to the 35,000 youths who got jobs, education and skill upgradation under various centrally sponsored schemes and expressed hope that their active involvement would take J&K to new heights.

The home minister also talked about various achievements under rail and road projects and said the people of Jammu used to take their children to Delhi to enjoy a metro ride but "they do not need to go there anymore as we are bringing Metro to Jammu and Kashmir within next two years".

He talked about the Delhi-Katra expressway, sanctioning of Rs 700 crore for a new airport and said the government is also planning to set up helipads in all district headquarters to promote religious tourism.

Shah also praised the Prime Minister for the "successful campaign" against the coronavirus and said people were apprehensive how India will tackle the situation after the outbreak of the pandemic in view of weak health infrastructure.

"Modi fought the virus in the best possible way which led to the minimum loss of life," he said.

Shah said Jammu and Kashmir is the only place in the entire country where all the people are covered by Ayushman Bharat PM-Jay Sehat scheme.