In his first edition of 'Mann Ki Baat' radio programme after assuming office, Modi urged citizens to unite for conserving water and appealed to people to make a list of methods to conserve water.
Agencies 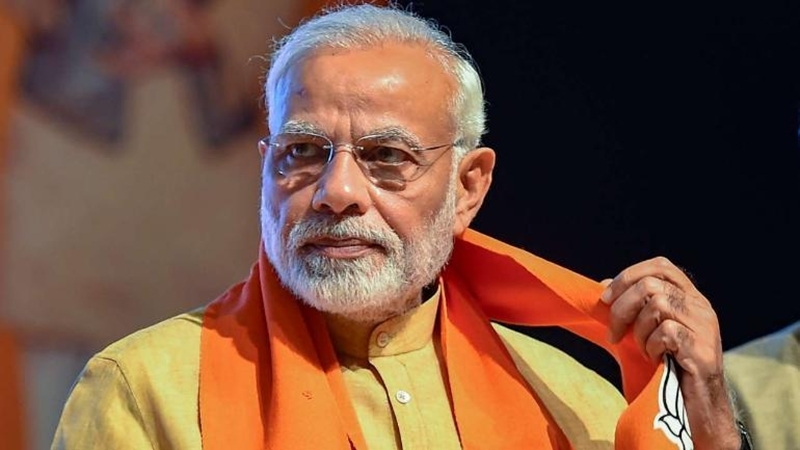 New Delhi: With water crisis rampant in many parts due to lack of adequate rainfall, depletion of groundwater and scorching heat, Prime Minister Narendra Modi on Sunday suggested three ways in which citizens can conserve water.

In his first edition of 'Mann Ki Baat' radio programme after assuming office, Modi urged citizens to unite for conserving water and appealed to people to make a list of methods to conserve water and share the same on social media using the hashtag 'JanShakti4JalShakti'.

"My first request is like we made Swatchchta Abhiyan, a mass movement; similarly let's start a mass movement for water conservation. We should together resolve the water crisis by saving every drop of water. Let's start an awareness campaign to save water ad problems," he said.

"I specifically urge the leaders of different areas to lead innovative campaigns for water conservation. Celebrities from the film industry, sportsperson, friends in media, people from NGOs, cultural organisations, everyone should contribute to this movement in their own way," he added.

In order to save water, Modi said people should turn to traditional methods used by our ancestors to save water.

"If anybody gets a chance to visit Porbandar, the birthplace of Mahatma Gandhi, behind his house there is a 200-year-old water tanker and still, there is water in it. There is a system to preserve rainfall water," he noted.

He also recited a Sanskrit shloka from the Rig Veda, which implies that water is the life-saving force and a source of energy. "Water is a blessing and just like a mother it keeps blessing us," he said.

"You will be surprised to know that only 8 per cent of the water that is received from rain every year is saved in our country," Modi mentioned. One of the key points in the BJP's poll manifesto was the creation of a Jal Shakti Ministry, to look into water-related woes.

In this regard, he said, "Keeping in mind the importance of water we have created Jal Shakti Ministry. It will take decisions on all water-related issues at a fast pace." Modi also elucidated on the steps being taken in various parts of the country to save water.

"In Punjab, drainage lines are being fixed to avoid the problem of waterlogging. In Telengana's Thimayapalli construction of tanks is changing the lives of the villagers.

In Rajasthan people have created small ponds in farms which have brought a lot of change. In Vellore, Tamil Nadu, there was a collective effort by 20 thousand women to revive Naga river. I also read about the women in Garwhal who are working together on rainwater harvesting," he mentioned.

"If people work together with full strength, then they can make the impossible, possible. When people join hands, water will be conserved," the Prime Minister opined.