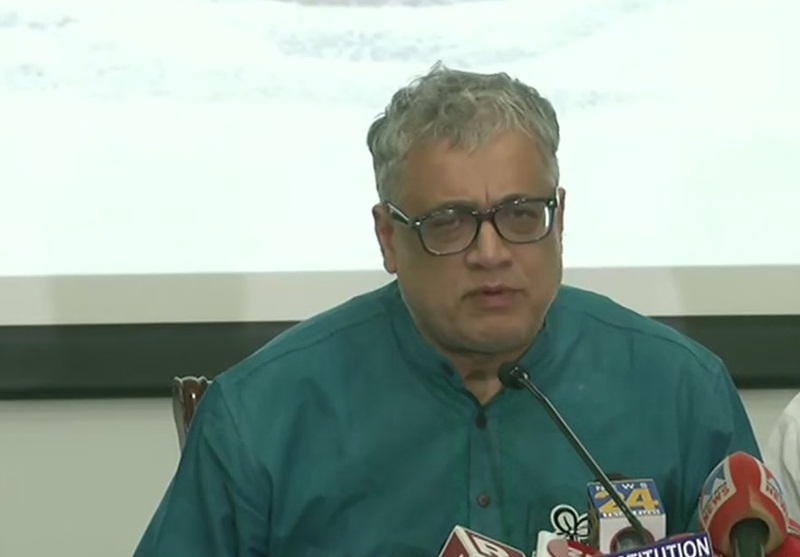 The TMC on Monday moved notices for statutory resolutions in the Rajya Sabha objecting to the ordinances by the government to extend the tenure of CBI and ED chiefs, sources said.

On Sunday, President Ram Nath Kovind had signed two ordinances promulgated by the Ministry of Law and Justice which state that after the two year term of an Enforcement Directorate (ED) or Central Bureau of Investigation (CBI) chief ends, the Union government may extend his or her tenure by a year for three consecutive years. The ordinances amend the Delhi Police Special Establishment Act, which is the parent law for the CBI, and the Central Vigilance Act, which covers the appointment of the ED director.

The Trinamool Congress (TMC) had raised objection to the ordinances route for the extension of the tenures questioning the government's hurry at a time when the winter session of Parliament was barely two weeks away.

On Monday, the party moved two separate notices for statutory resolutions for the two laws the government has amended through the ordinances to extend the tenure of ED and CBI chiefs.

Sources indicate that such notices will be filed by other opposition parties in the run-up to the winter session of parliament.

The two ordinances extending the tenure have drawn a lot of fire from the opposition parties who have all questioned their timing.

CPI MP Binoy Viswam indicated that his party too will move a disapproval motion against the ordinances.

"On a polluted Sunday, the government has embarked on ordinance route to protect their caged parrots. Disapproval motion will be moved in Parliament against this ordinance raj. Distorting constitution Modi is in a hurry to make India a banana republic," Viswam said in a tweet on Monday.

The TMC on Monday hinted that the winter session of Parliament is set to be a stormy one, as opposition parties would do all that it takes "to stop India from turning into an elected autocracy".

The Cabinet Committee on Parliament Affairs has recommended that the winter session be held from November 29 to December 23, according to sources.

TMC's Lok Sabha leader Sudip Bandopadhyay sought to know why the Centre had to push ordinances when the winter session was in the offing.

"What was the hurry when the winter session of Parliament is likely to begin next week? It (tenure extension of CBI, ED directors) could have been discussed in Parliament. We will raise the matter in the Parliament. Many issues need to be discussed," he told PTI.

Another senior TMC leader said on the condition of anonymity that the floor coordination strategy with other opposition camps will be taken up for discussion during a party meet.

"The Pegasus row will also be raised in Parliament. The government can't evade dialogue on this issue. But our strategy will be decided during a meeting chaired by our party supremo and parliamentary party chairperson Mamata Banerjee next week. During the meeting, the floor coordination strategies with other opposition parties will also be discussed," he explained.