Currently, Congress has only five MLAs including Faleiro out of the 40-member Goa Assembly.
ANI 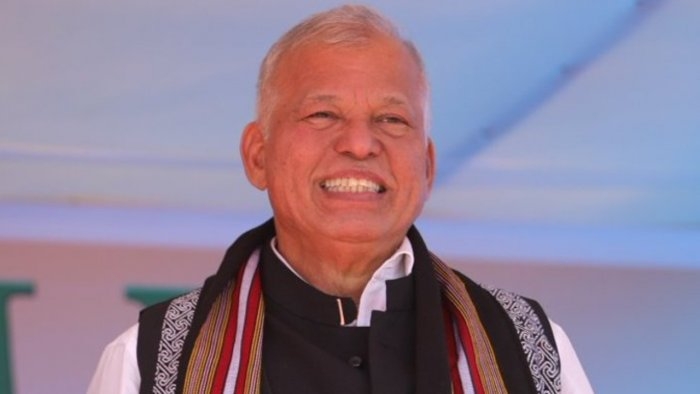 New Delhi: Soon after quitting the Congress, Former Chief Minister of Goa and senior leader Luizinho Faleiro said Mamata Banerjee is the only leader in the country who has the ability to challenge the ruling government at the Centre.

His remarks came as he is likely to join Trinamool Congress. It's a setback for the Congress ahead of Assembly polls due in early next year. He has submitted his resignation as an MLA to the Speaker of Goa Assembly. While All India Congress Committee (AICC) in-charge of Goa Dinesh Gundu Rao confirmed to ANI that Faleiro has also given resignation from the primary membership of the party too.

Currently, Congress has only five MLAs including Faleiro out of the 40-member Goa Assembly. Faleiro is in touch with the leadership of the Trinamool Congress (TMC).

Just a few days ago, Derek O'Brien visited Goa. He had announced that TMC will fight Goa Assembly polls and will declare a chief ministerial face also.

Faleiro's press conference is scheduled for later in the evening today.
Ahead of his media address, Faleiro at his residence while addressing his supporters said, "Mamata Banerjee is the only leader who is fighting on the street for people. She is the only leader who can challenge the ruling Government at the Centre and for this cause we need to support her." This can be seen as an informal announcement of inclination towards the TMC. Although according to Faleiro's close sources, he will be joining the party in Kolkata.

Faleiro is the second Congress leader outside West Bengal who has joined the TMC. Earlier also former Congress MP from Silchar in Assam and All India Mahila Congress Sushmita Dev had joined TMC and was assigned the party's affairs in Tripura. Later on, she was rewarded with a Rajya Sabha seat for the next two years.

The exit of Faleiro is a big blow to the Congress in Goa. He was recently appointed as the Chairman of the Election Coordination Committee for Goa Assembly polls and was AICC in-charge of North-Eastern States.

Congress Party is struggling to get into power in Goa for the last ten years and after Faleiro, only four MLAs will be left with the party who had emerged as the single largest party in the last Assembly polls held in 2017.