"I compliment you for your commendable efforts in handling the situation in Uttar Pradesh, following Ayodhya verdict.
ANI 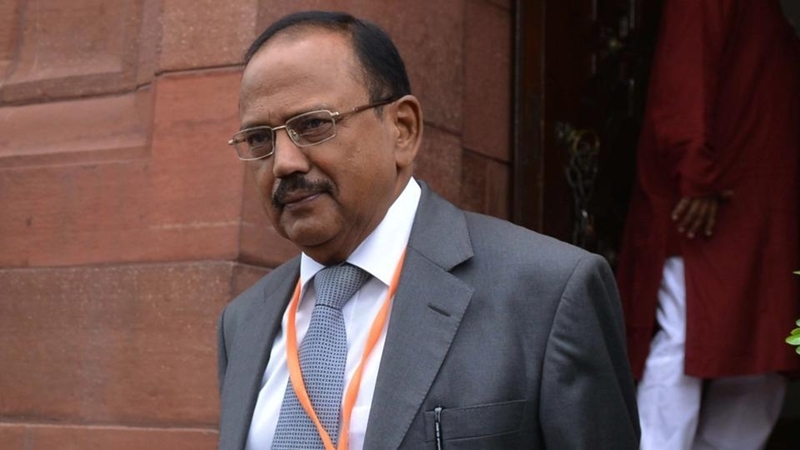 "I compliment you for your commendable efforts in handling the situation in Uttar Pradesh, following Ayodhya verdict. I appreciate your pivotal role in maintaining synergy with all organs of the state and central government and ensuring coordination with police for maintaining peace and communal harmony," read a letter written to the Chief Secretary, IAS Rajender Kumar Tiwari by Doval on November 28. 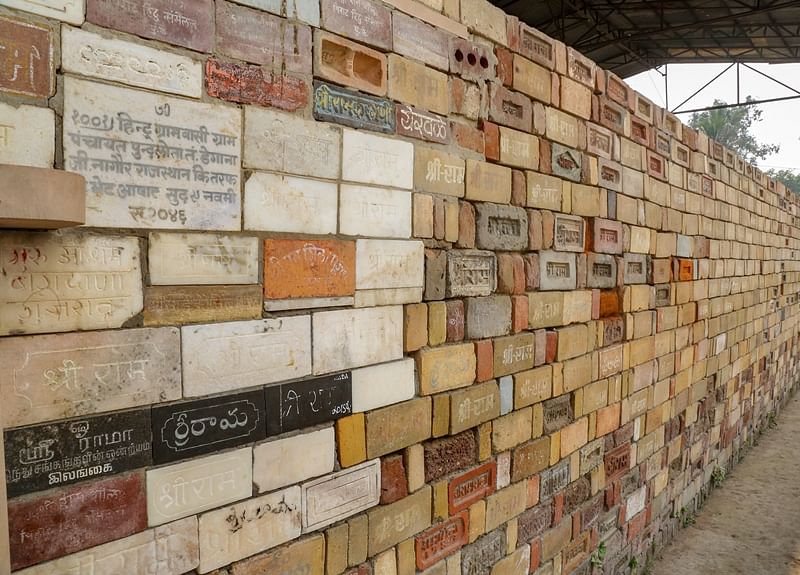 The cumulative efforts of all agencies and organs of Government resulted in an incident-free and amicable atmosphere in the State," the letter added.

Last month, a five-judge Supreme Court bench unanimously said the entire disputed land spread over 2.7 acres will be handed over to a trust formed by the government, which will monitor the construction of a Ram temple at the site. 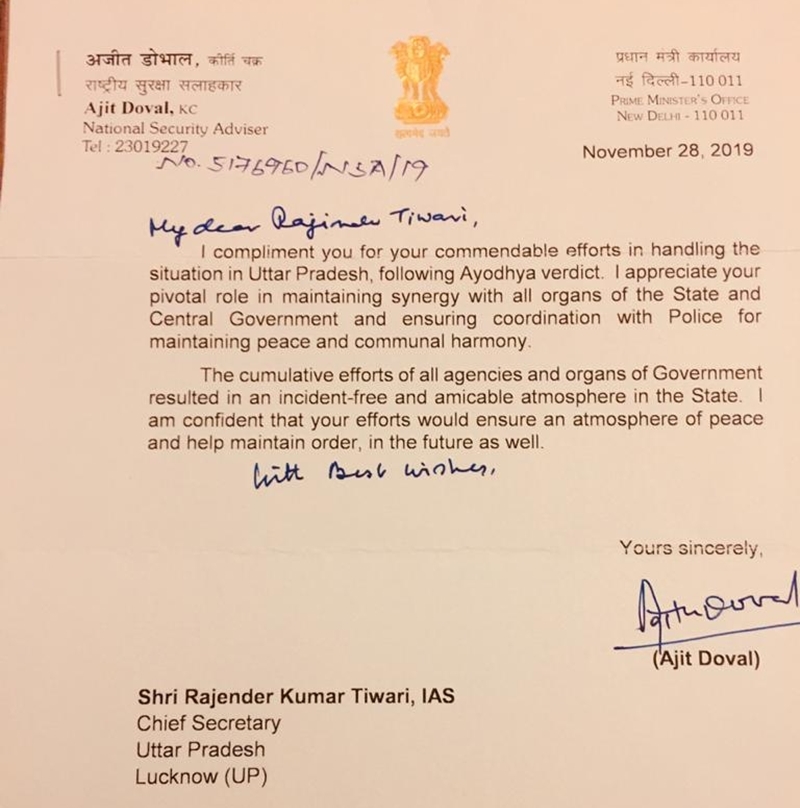 The apex court also added that an alternative five acres of land at a prominent location in Ayodhya should be allotted for the construction of a mosque following consultation between the Centre and the State government.