No compromise on inflation, Pegasus, and farmers' issues: Rahul Gandhi at Opposition meeting 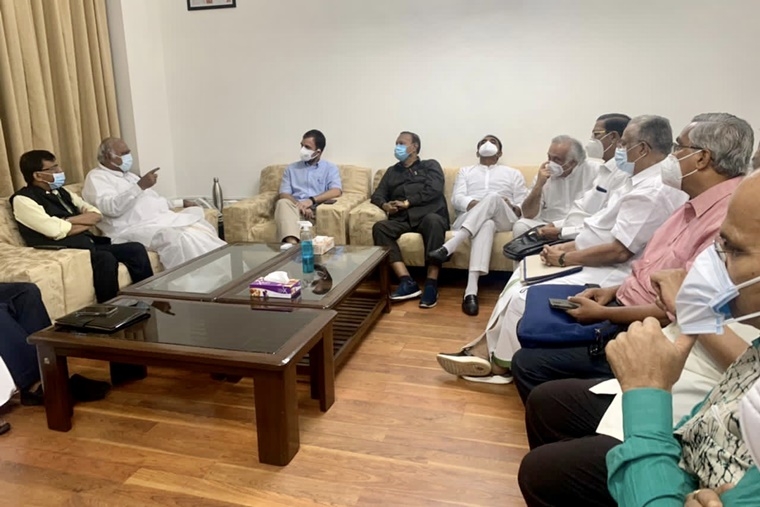 Amid a stalemate in Parliament over the Pegasus snooping issue, leaders of various opposition parties on Wednesday met and decided to submit similar adjournment notices on the matter.

Congress leader Rahul Gandhi attended the meeting at the chamber of the Leader of Opposition in the Rajya Sabha Mallikarjun Kharge.

Asserting that the opposition parties do not want to compromise on the issues of inflation, Pegasus, and farmers' protest, Congress leader Rahul Gandhi on Wednesday said that they want discussion over these matters in the House.

His remark came after the Leaders of Opposition parties held a meeting at Parliament to chalk out the future course of action on several issues in both the Houses. "We do not want to compromise on the issues of inflation, Pegasus, and farmers' issues. We want discussion in the House," Gandhi said after the meeting.

The Wayanad MP also attended the meeting, which was chaired by the Leader of Opposition in Rajya Sabha, Mallikarjun Kharge.

During the meeting, Gandhi said the government is "defaming" the opposition by saying that "we are not allowing Parliament to function, while we are raising matters related to the citizens, farmers and security of the country". The opposition leaders supported him.