Modi was ardent lover and debater, used to spend hours in his school library.

Prime Minister Narendra Modi turns 71 on September 17, 2021. Here’s a look at his journey from an NCC cadet to Prime Minister of India.

It is said that your attitude is your altitude; it determines how high you fly. This simple yet crucial statement was well understood by a little boy from Vadnagar, India.

Just three years after India got Independence from the British Raj, in September 1950, Narendra, the son of Darmodradas Modi and Hiraba Modi, was born into a born into a family that had to struggle hard in order to make ends meet.

Vadnagar in Mehsana district of Gujarat, the place that was once visited by the famous Chinese traveler Hiuen Tsang and also a place known for its richness in terms of spirituality and learning was the hometown of Narendra.

It was in their small single storey house that Narendra, the third of the six children of the Modis, began to dream of a life where he could wipe the tears of the suffering people and make a big difference to their lives.

Little Narendra went to school also assisted his father in selling tea in their tea stall at the local railway station in Vadnagar.

Modi was ardent lover and debater, used to spend hours in his school library. He had friends from different communities, and thus celebrated Hindus as well as Muslim festivals with same zeal.

Modi was only eight years old when he got introduced to the Rashtriya Swayamsevak Sangh (RSS) and met Lakshmanrao Inamdar, the man who is known for being his political guru and mentor.

Keeping track with their family tradition, his parents got him engaged to Jashodaben Chimanlal when he was just thirteen. But Narendra, who was known for being ‘balswayamsevak’ or a junior cadet in RSS, had already given his heart to politics.

Therefore even after he got married to Jashodaben before he was eighteen, Narendra could not pursue his marital life and left home to chase his dreams. It has been a remarkable journey for Narendra Modi.

Narendra was only 9 years old when a massive flood in the Tapi river created a havoc. This little boy took a step forward and set up a food stall with his friends. The proceeds were all donated for the relief work.

His attempt to serve his Mother India at this tender age was indeed remarkable which silently laid the foundation of the making of a worthy Prime Minister of the nation.

He left no stone unturned wondering to serve his nation one day. He also dreamed of joining the Indian Army but the strong opposition from his family never let him to fulfil his dream.

Modi has been a mighty dreamer. He has always been guided by his principle of Antyodaya or ‘serving the farthest’. Modi got his big break when Keshubai Patel stepped down as Gujarat Chief Minister in the awake of the January 2001 earthquake in Kutch that killed thousands of people.

Modi was then selected as Patel’s replacement becoming Gujarat’s longest-serving Chief Minister. And ever since then, he ensured a steady growth of GDP.

In fact, Gujarat has shown an overall growth encompassing agriculture, manufacture and services under this man of development. But, in February 2002, riots broke out after 59 passengers, mostly Hindu pilgrims, died in a train fire in Godhra in Gujarat.

At least 1,000 people were killed. Chief Minister Modi was accused by critics of not doing enough to stem the riots and even quietly encouraging them, allegations he has strongly denied and which have never been proved.

In 2013, Modi was chosen to head the BJP’s campaign in general elections due in 2014, making him the party’s prime ministerial candidate. But in the beginning, there were doubts whether Modi can equal the charm of Atal Bihari Vajpayee, considered a moderate even by his rivals, in attracting allies.

But the BJP put all its eggs in the Modi basket, a gamble that paid with Modi attracting more allies pre-poll, including those who had left the NDA blaming him for the 2002 riots. But Modi is seen by his supporters as a “strong leader” who will not play the politics of appeasement of any section.

Financial Times, World’s leading finance newspaper lauded decade of development in Gujarat under leadership of Modi and in fact the world’s most prestigious TIME magazine featured him on its Cover Page. USA Congress has called him “The King of Governance”.

However, his status as a person belonging to backward community itself has also been contested.

More recently, Modi was named among the world’s 100 most influential people of 2021 by TIME magazine.

The profile written by CNN journalist Fareed Zakaria states that India in its years as an independent nation has had three pivotal leaders – Jawaharlal Nehru, Indira Gandhi and PM Narendra Modi.

Modi, he said, has been has been 'dominating' the country's politics like no one since them.

There is no doubt that Modi has evolved over the years as a true leader of, for and by the people. His attitude has made him reach new heights. 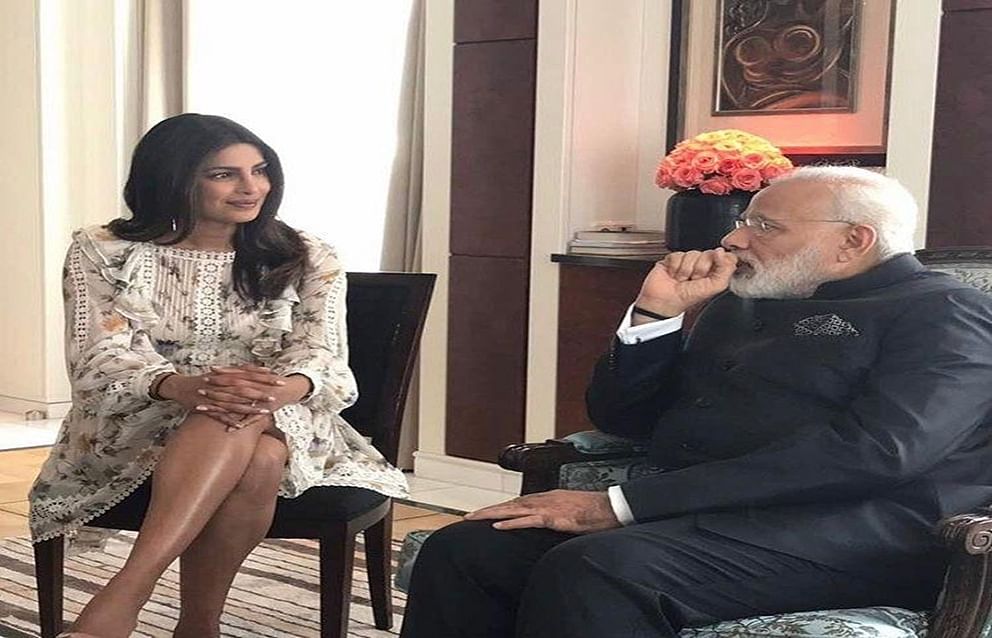