Advertisement
Home / India / Namaste Trump: What is on the President's itinerary for his first state visit to India?

Namaste Trump: What is on the President's itinerary for his first state visit to India?

Trump will be in India for about 36 hours and is slated to visit three cities and take part in a whole host of activities.

President Donald Trump will be touching down in Ahmedabad's Sardar Vallabhbhai Patel International Airport on February 24. From there, the US leader will embark on a whirlwind 36 hour multi-city program.

While a full and final schedule is not yet available, we have stitched together a list of programs and events that Trump is slated to attend and venues that he is expected to visit.

On February 24 Trump is slated to speak at Gujarat's Motera stadium.

He will be taking part in a 22 km long roadshow from Ahmedabad Airport to the cricket stadium after passing along the Sabarmati Ashram.

For the 'Namaste Trump' event, where both Trump and Modi are expected to address the crowd in the stadium, several prominent artistes have also been invited to entertain the audience.

The GCA has earlier clarified that the 'Namaste Trump' event will not mark the inauguration of the complex. 'Will make him dance if I have my way': Kailash Kher super-excited about performing for Donald Trump

The Ashram visit however remains a matter of uncertainty. While Trump is thought to have the visit on his itinerary, there continues to be conflicting reports. Amid uncertainty over the President's visit, Ashram administrator Atul Pandya on Saturday said that as per latest confirmation from the state government, the President's visit is still on.

"Ten days back we were asked to remain prepared for the visit of the US president and according to the latest confirmation from the state government, the programme of President Trump to the Ashram is still on," Pandya told ANI.

For it's part the Ashram is ready, having prepared a traditional gift set of a charkha, a collection of 150 quotations of Gandhi ji remembering 150 years of his birth anniversary and some literature related to Mahatma Gandhi.

Following the event, Trump will be hosted at a formal lunch in Gujarat and is expected to partake in some Indian food. 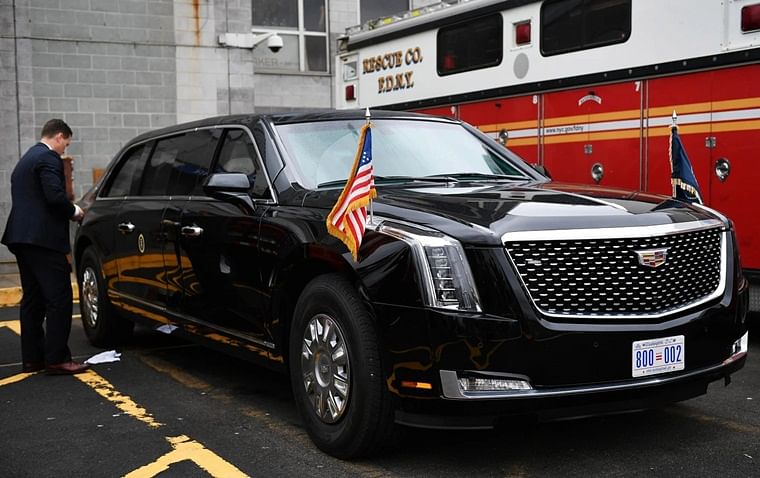 ‘The Beast’: All you need to know about Donald Trump's bomb-proof car

Upon reaching Uttar Pradesh, Trump and his entourage will travel 12 km from Kheria airport to the Shilpgram complex, 500 metres from the Taj Mahal's eastern entrance.

From there, the visiting dignitaries will take a battery operated golf cart to the Taj Mahal. Here again, contradictory reports exist, in that, Indian officials have said that Prime Minister Modi will not accompany the US dignitaries. Later in the day, the officials and guests will fly to New Delhi for an overnight stay.

There will be a full program on Tuesday.

Trump will have bilateral meetings with Modi, meet with President Ramnath Kovind and attend the State Dinner, which is usually held with a lot of ceremony. The dinner will be at the Rashtrapati Bhavan, hosted by the Kovind.

He is also scheduled to have a meet-and-greet with the staff of the US embassy.

In between, he will participate in business events with Indian investors "with a special focus on companies that are investing in manufacturing in the US," a senior US administration official said.