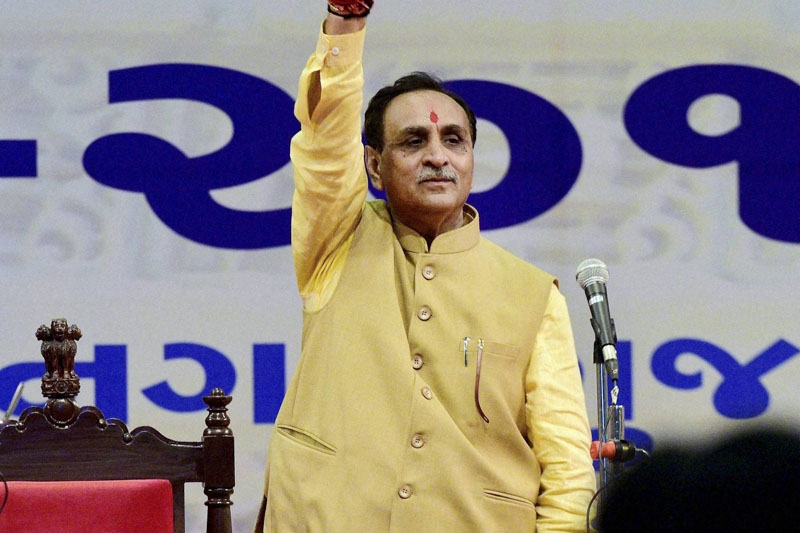 Ahmedabad: Gujarat Chief Minister Vijay Rupani on Friday said his government was dealing strictly with those who "trap" Hindu girls and elope with them.

Addressing a gathering of Maldhari community, whose traditional occupation is cattle-rearing, in Vasihnodevi Circle area here, Rupani said the BJP government in the state has also acted tough on those involved in cow slaughter.

"My government brought in several laws with strict provisions. Be it the law to save cows from slaughter, the law to stop land grabbing, or the law to punish those involved in chain-snatching," he said.

"We also brought a law to stop 'love jihad'. We are dealing strictly with those who trap Hindu girls and elope with them," he said.

The chief minister was speaking after performing ground-breaking ceremony for a planned building of the Raika Education Charitable Trust.

The Gujarat Freedom of Religion (Amendment) Act, 2021, which was passed by the Assembly in April and was notified on June 15, provides for strict punishment for forcible or `fraudulent' religious conversions through marriage.

Some contentious sections of the law were stayed by the Gujarat High Court last month.

Rupani also informed the gathering that his government provided subsidized fodder and saved several lakhs of cows from starvation two years ago when Kutch and Banaskantha talukas received scanty rainfall.

Referring to the Gujarat Animal Preservation (Amendment) Act, 2017, which has a provision of life sentence for cow slaughter, Jadeja said, "Thirty-three crore deities live inside a cow. That is why we brought a law. Before the law was introduced in the Assembly, CM Rupani called me to his cabin and clearly told me there is no need to show sympathy for those who do not show mercy to cows."