A total of 576 kg of plastic (bottles and packaging) was collected from and around Chaitya Bhoomi on Wednesday.
Dipti Singh 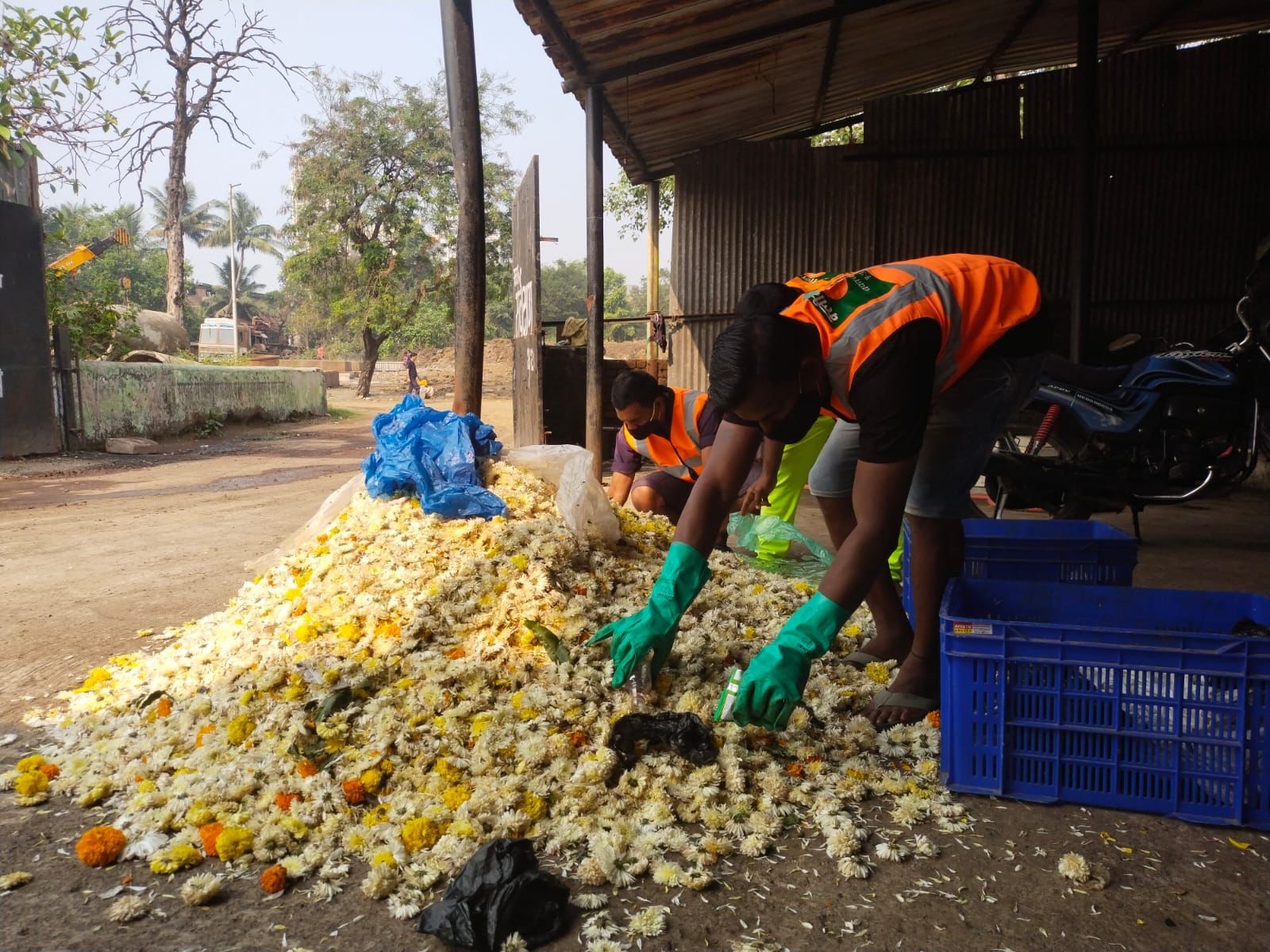 This year post-Mahaparinirvan Din, the Brihanmumbai Municipal Corporation collected 750 kg of nirmalya (religious waste including garlands, flowers, etc offered to pay homage to Dr Bhimrao Ramji Ambedkar on his 65th death anniversary) from Chaitya Bhoomi at Dadar. The BMC's G/north ward (Dadar, Mahim, Dharavi) has sent this nirmalya to the Dharavi compost centre.
Not only this but a total of 576 kg of plastic (bottles and packaging) was collected from and around Chaitya Bhoomi on Wednesday.

BMC began this initiative a few years ago, wherein the nirmalya collected is converted into organic manure and used for gardening. However, the initiative was stalled last year due to pandemic.

Every year on December 6, thousands of followers of Dr Ambedkar, as well as political workers, visit Chaitya Bhoomi, a memorial built at Dadar beach where Dr Ambedkar was cremated after he died in 1956. However last year owing to a pandemic BMC strictly did not allow people to visit the site physically.

This year too, the BMC had appealed to the citizens not to visit Chaitya Bhoomi in Dadar on December 6. Instead, the BMC said that citizens should use the online facility that is being made available by the civic body.

This year apart from the BMC workers, New Women Power Association (NGO) and women volunteers of Sangharsh, Jijaumata, Kapilvastu and Dandeshwar women self-help groups too participated in the cleanliness drive at Shivaji Park - Chaitya Bhoomi, Dadar on Wednesday a day after the Mahaparinirvan Din.

"A day after the Mahaparinirvan Din, over 750 kg of nirmalya was collected and sent to our Dharavi compost centre. Whereas 576 kg of plastic was segregated and collected to be sent into the scrap. The nirmalya organic waste was sent to the Dharavi compost centre for turning it into manure. Unlike last year those who visit physically were allowed in but only if they were fully vaccinated," said Kiran Dighavkar, Assistant Municipal Commissioner of G north ward. No crowding at Chaityabhoomi on December 6