Bhopal Gas Tragedy, Fire at AMRI Hospital, Building collapse at Lalita Park, Kolkata, Flyover collapse at Girish Park, Kolkata, Stampede at Allahabad Maha Kumbh Mela were the catastrophes that could have been avoided if attended timely.

The collapsed portion of an old suspension bridge over the Machchhu river, in Gujarat's Morbi district | PTI
Follow us on

Before the collapse of the Morbi bridge on October 30, 2022 in Gujarat, in which over 140 people were reported to have died, India had several significant man-made disasters over the previous 75 years, which led to a terrible loss of precious lives. Humans cannot stop nature from acting, but they may undoubtedly lessen its effects.

Human negligence, callousness, or a simple lack of preparation and foresight are seen to be the main causes of these man-made disasters. As a result, many innocent people lost their precious lives—deaths that could have all been prevented.

It is concerning that governments are not learning from these catastrophes, and that people are not given much thought or importance in everyday life. However, in addition to the government, the people are equally accountable, which is why the offender was only given a minimal punishment before being released by the government. The moment has come to take stern action. 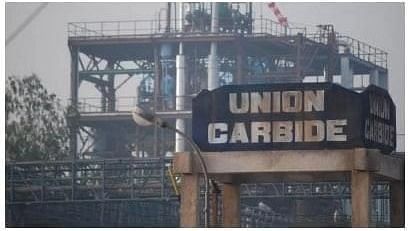 Those who were present in Bhopal on the fatal night of December 2-3, 1984, when poisonous Methyl Isocyanate (MIC) gas spilled from the factory run by Union Carbide, still get a chill just thinking about it. The factory's surrounding heavily inhabited areas were silently engulfed by the gas as it slowly spread.

One of the deadliest chemical disasters in history left over 10,000 people dead (the exact number is still being debated) and over 5.5 lakh more injured and in excruciating pain.

Human mistake and inadequate manufacturing control led to the catastrophe. Unfortunately, despite minimal government pressure, a number of industries in India continue to operate without following established Standard Operating Procedures for safety. 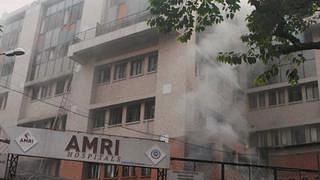 AMRI Hospital's basement caught fire in the early morning hours of December in Kolkata's Dhakuria, out of 160 stuck in the hospital 89 lost their lives in the incident. | Twitter image

AMRI Hospital's basement caught fire in the early morning hours of December in Kolkata's Dhakuria neighbourhood. On the morning of December 9, 2011, most patients and medical personnel were asleep because it was early (about 3 am).

The fire quickly spread to the upper stories. The fast expanding smoke caused more damage than the actual fire since patients were stuck inside wards and had no way to escape because all windows were grilled.

The employees should have called the fire department as soon as the fire started, but they were hesitant to act and became mired in bureaucracy.

The slum residents living next to the hospital were the first responders on the scene and they took the initiative to rescue the patients. By smashing the grills, they gained access to the hospital through the windows and saved a number of patients and employees.

In the end, 89 people—89 patients and 4 hospital employees—out of the 160 people who were inside the hospital at the time passed away.

This was a textbook example of management and operational staff negligence as they failed to adhere to the majority of the legally required fire safety regulations. The absence of explicit Standard Operating Procedures for such circumstances made matters worse.

Little has changed since then, since numerous hospitals and public structures in Kolkata and other cities continue to pose a fire risk. The most recent man-made catastrophe happened on March 31 at 12:25 p.m. when a section of the being built Vivekananda Road flyover at Girish Park crossing fell, crushing 18 persons to death and injuring more than 78 others. Several are still buried beneath the wreckage as of this writing.

The 2.2 kilometre flyover's construction started in 2009, however it has been far behind schedule and various deadlines have been missed. According to reports, the project's cost has increased dramatically over time, and the builder has been pleading with the West Bengal government to provide funding, but neither the requested sum nor time frame have been met.

The government had to settle a number of land acquisition lawsuits that caused delays in the project's completion, but for the past few months the state government has put pressure on the project's principal contractor, Hyderabad-based IVRCL, to finish it in time for upcoming elections.

There is no question about the responsibility of all parties who ignored caution and technological rationale in an effort to finish the project, even though only a thorough technical inquiry will be able to pinpoint the exact causes of the disaster.

It is still too soon to say whether the disaster was caused by faulty design or subpar construction materials, but it is obvious that there was a lack of oversight from the authorities, which caused the contractor to be negligent about quality control as work advanced.

Can we confidently predict that this flyover collapse would be the last, even though it was not the first in Kolkata or India? In Lalita Park Building Collapse, 66 died and 80 were reported to be injured. | Twitter image

A five-story residential structure in the busy West Delhi neighbourhood of Lalita Park collapsed on November 15, 2010, like a house of cards. 66 people died, and nearly 80 were injured. The structure fell apart under its own weight as a result of poor construction quality, unauthorised floor additions, and recent flooding in the city, which were all blamed for the collapse.

The incident brought attention once more to government indifference to unauthorised building and lax oversight of dangerous structures already in place. Numerous cities continue to experience similar tragedies on a regular basis, with little to no preventive action taken as a result. 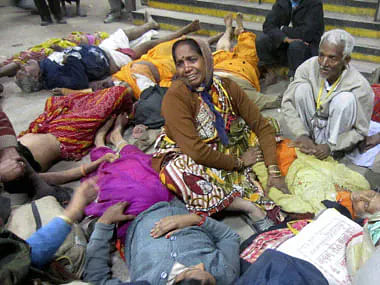 Over 100 people were hurt, and 820 people died as a result of the ensuing stampede in Maha Kumbh at Allahabad. |

Stampedes brought on by inadequate crowd control and a lack of infrastructure to monitor and manage big crowd gatherings, particularly around religious events, have been a problem in India, with little in the way of lessons learned.

On February 3, 1954, during the Maha Kumbh in Allahabad, one of the worst occurrences occurred just after India gained her freedom. Over 100 people were hurt, and 820 people died as a result of the ensuing stampede.

A similar event happened on January 26, 2005, at the Mandher Devi temple in Wai, district Satara, Maharashtra, when a stampede resulted in 350 fatalities and over 200 injuries.

Over the years, there have been a number of further stampedes that have been fatal.

What more would it take for state authorities to wake up and assume accountability for making sure that such situations don't happen?