Modi thanks people for reposing faith in BJP, says will continue working for state's progress 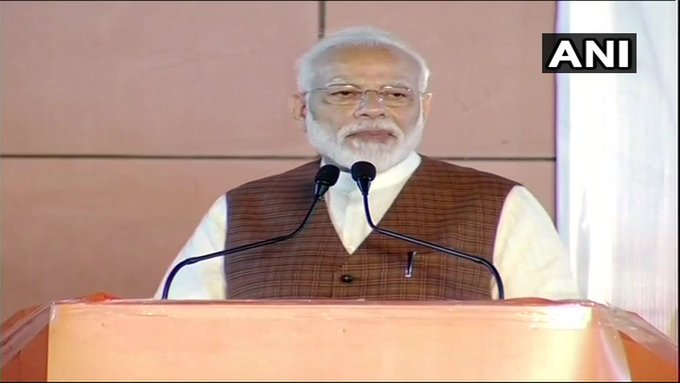 New Delhi: Prime Minister Narendra Modi on Thursday expressed his gratitude to the people of Maharashtra and Haryana for reposing their faith in BJP yet again and assured of work towards the continued progress of the two states.

"People of Maharashtra have blessed the NDA with immense affection. We are humbled to have got the people's support yet again. Our work towards Maharashtra's progress continues! I salute each and every Karyakarta of the BJP, Shiv Sena and our entire NDA family for their hard work," Modi tweeted about Maharashtra.

"I thank the people of Haryana for blessing us. We will continue to work with the same zeal and dedication for the state's progress. I laud the efforts of hardworking BJP Haryana Karyakartas who toiled extensively and went among the people to elaborate on our development agenda," he tweeted about Haryana.

BJP won 79 seats while it is leading on 24 assembly constituencies in Maharashtra. Shiv Sena won 47 seats and is ahead on 9 seats, as per the latest trends from the Election Commission of India (ECI). Congress-NCP, on the other hand, has won 75 seats while its candidates are ahead in 25 seats.

In Haryana, BJP won 33 seats and is leading in 7 seats. Congress is at the second place with it winning on 29 seats and leading on 2 seats. Jannayak Janata Party (JJP) has won 10 seats and 7 Independents have won in the state assembly.

Counting of votes began at 8 am today. Both the states went to polls in a single phase on October 21.