Shashi Bhushan Mehta the BJP candidate from Panki for the upcoming Jharkhand elections stands accused in a murder case.

In 2012, Mehta, then the Director of Oxford Public School was arrested for the murder of his school’s warden, Suchitra Mishra, says an earlier report by The Telegraph. Her body was recovered from beside a road near the Gandhi Ashram in Dhurwa. At that time, police officials had claimed that Mehta and several accomplices that he had hired for the job had killed the widow to get out of a relationship he was having with her for several years. He is currently out on bail.

More recently, a photo of Mehta sharing the stage with Prime Minister Narendra Modi has gained traction on the internet.

He is not the only candidate with criminal accusations to his name. Another candidate fielded by the BJP for the polls, Bhanu Pratap Shahi, stands accused in a Rs. 130 crore medicine scam.

But this is not restricted to a single party. According to data compiled and analyzed by the Association for Democratic Reforms (ADR), 67% Congress candidates contesting the phase 2 of the Jharkhand Assembly polls slated for December 7, have criminal cases against them. 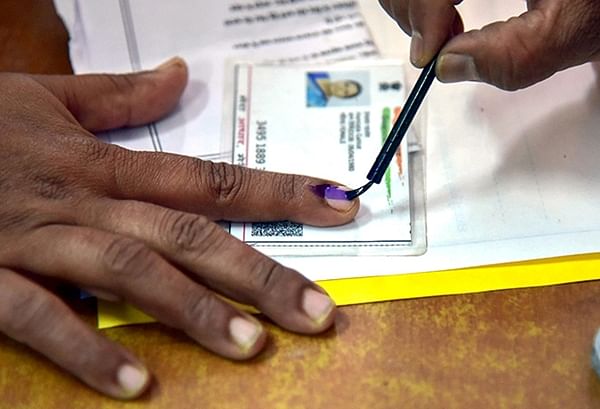 But these are yet-to-be-elected politicians contesting a state election. Indisputably important, but perhaps a tad less worrisome than the statistics from the Lok Sabha.

According to a May 2019 ADR report, nearly half of the current Lok Sabha members have criminal charges against them. And nearly 29% of the cases are related to rape, murder, attempt to murder or crimes against women, reported PTI.

The ADR analysed 539 winning candidates and found that as many as 233 MPs or 43% have criminal charges.