Upon frisking the police team found five country-made pistols, live cartridges and magazines in his possession. Naresh was taken into custody and booked under various sections of the Arms Act, 1959 and Maharashtra Police Act, 1951.
Suresh Golani 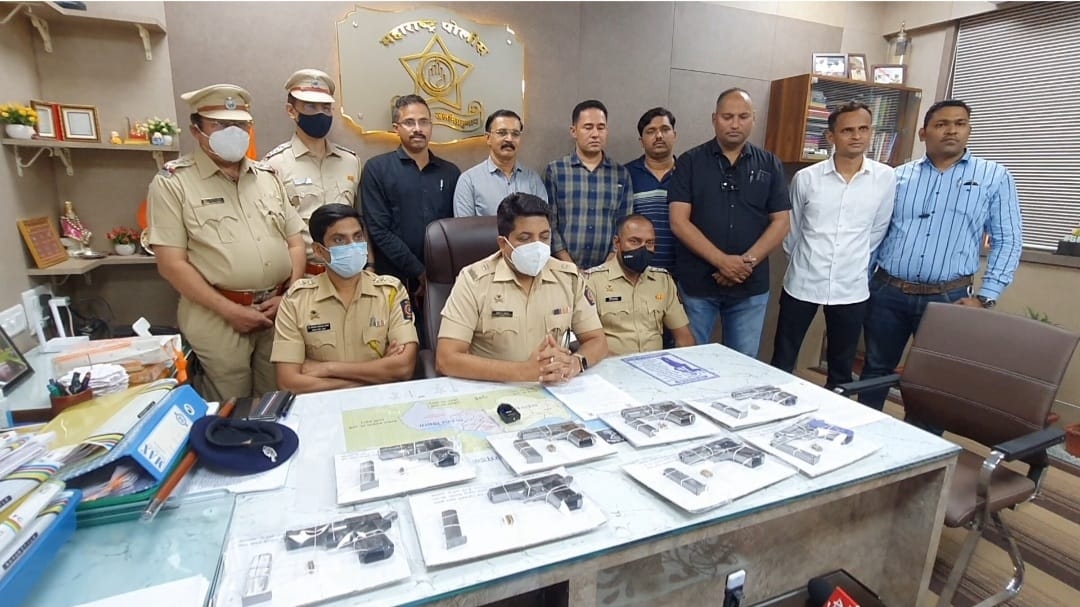 Less than a week after the central crime detection unit of the Mira Bhayandar-Vasai Virar (MBVV) police arrested a man with illegal firearms in his possession, another suspected arms dealer landed into the custody of the Naya Nagar police in Mira Road for his involvement in a similar crime.

Notably, both the accused belong to Madhya Pradesh. Acting on a tip-off about a person coming to their jurisdiction to sell firearms, a crime detection team led by senior police inspector Jitendra Vankoti and assistant police inspector Pranay Kate, under the guidance of DCP (Zone I) Amit Kale – laid a trap in the Poonam Sagar area of Mira Road and rounded up the suspect who has been identified as-Naresh Mohan Deshmukh (38)- a native of Katangi city in Balaghat district of Madhya Pradesh.

Upon frisking the police team found five country-made pistols, live cartridges and magazines in his possession. Naresh was taken into custody and booked under various sections of the Arms Act, 1959 and Maharashtra Police Act, 1951.

After rounds of sustained interrogation, Naresh led the team to a water tank located behind an eatery in Julwania town of Barwani district in Madhya Pradesh. The team recovered three more country-made pistols, eight magazines and 14 live cartridges which the accused had hid in the water tank.

This is the second major catch of firearms in the twin-city. Alarmed by the seizure of eight weapons from a single person, the police suspect the involvement of a professional gang believed to be well-oiled in the arms trading racket. However, the names of prospective buyers of the firearms and the motive continues to remain a mystery in both the cases. Further investigations were underway.