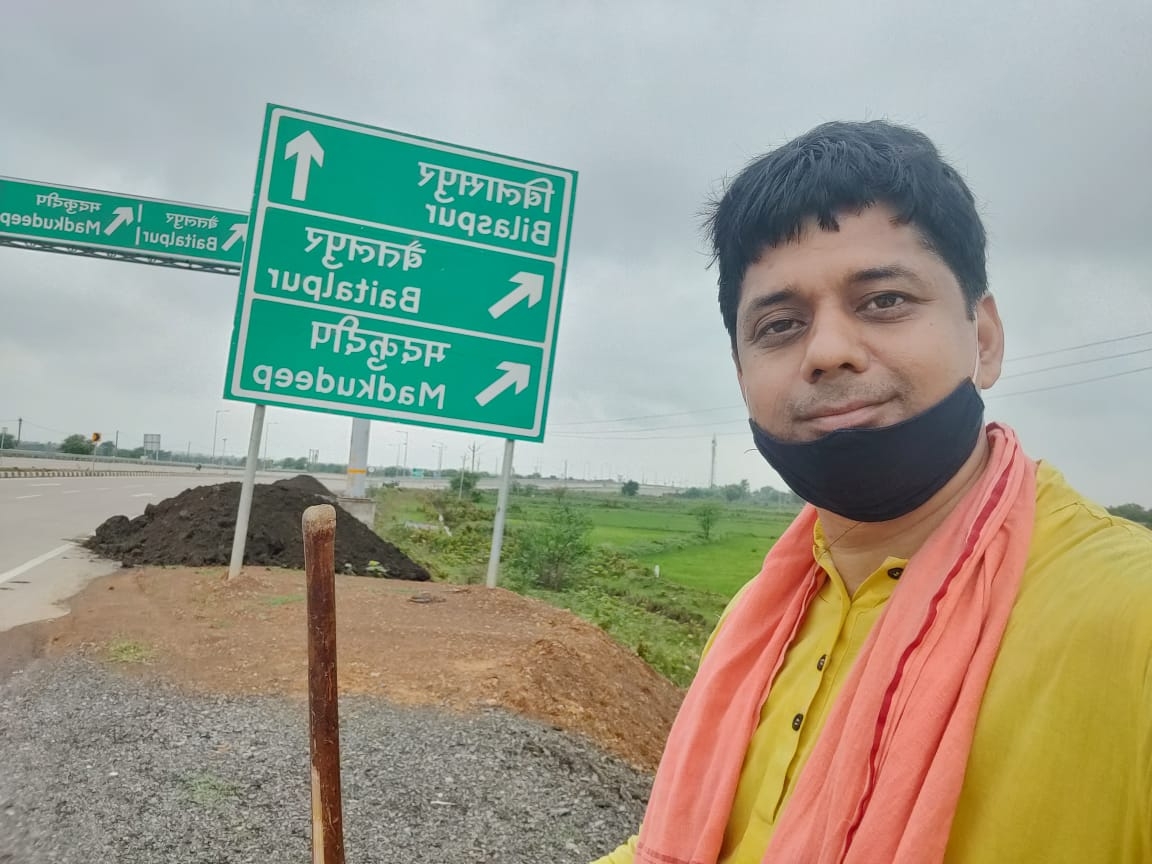 Rashtriya Swayamsevak Sangh (RSS) worker has begun an around 750-km long arduous trek from Chandkhuri in Chhattisgarh, the village where Kaushalya, the mother of Lord Ram was born, to Ayodhya, where the ground-breaking ceremony of his temple will be conducted on August 5. Meet Muhammed Faiz Khan, an activist of the Muslim Rashtriya Manch (MRM).

“I am taking soil from Mata Kaushalya’s birthplace at Chandkhuri to Ayodhya for dedicating it during the ground-breaking ceremony,” said Khan, who started walking towards his destination on Thursday.

Khan, who has a vehicle tailing him with clothes and provisions, walks around 60 km per day and plans to spend the night in cow shelters en route or even in his car. He is scheduled to reach Ayodhya on August 4 evening, a day before the ceremony to be attended by Prime Minister Narendra Modi and dignitaries.

Khan is a worker of the MRM, which is the only niche organisation for Muslims in the Sangh Parivar. The MRM has senior RSS functionary Indresh Kumar as its chief patron.

Originally from Chhattisgarh, Khan was educated in a Shishu mandir run by the RSS and even bagged the first prize in an elocution competition on Lord Ram when he was in Standard XI.

“I am trying to set an example of communal harmony by pointing to how Lord Ram is an icon for all. Muslims and Christians may have a different religion or style of prayer, but our ancestors were the same (as Hindus). Allama Iqbal too upheld Ram as an icon of India, by calling him Imam-e-Hind. Mahatma Gandhi too used the term Ram Rajya to describe an ideal state,” he explained.

However, what does he feel about the demolition of the Babri Masjid in 1992 by a mob of karsevaks - an act that cleaved Hindu-Muslim relations, and set off a cycle of communal violence? “Babar was an invader and had no relation with India… it has been proved that a temple existed where the structure (Babri Masjid) once stood. Since Babar was an invader, a symbol of that invasion was felled,” said Khan.

He charged that those opposing the construction of the temple were “trouble makers,” acting at the behest of “foreign powers.”

From June 24, 2017 to January 3, 2020, Khan, the national convenor of the MRM’s cow cell, undertook a 15,000 km padayatra from Leh to Kanyakumari and Vaishnodevi, to create awareness about go Seva (service to the cow) and cow protection. Khan says he was inspired to join the cause after reading Girish Pankaj’s ‘Ek Gaay ki Atmakatha,’ which has a Muslim who undertakes go Seva and succeeds despite the odds.

“There are more mosques in India than in Saudi Arabia and this is proof of the tolerance of the Hindus. Hence, Muslims must come forth on their own and ensure that Hindus get to build temples at three sites where they originally stood and were replaced with masjids, namely, Ayodhya, Kashi and Mathura,” sought Khan.