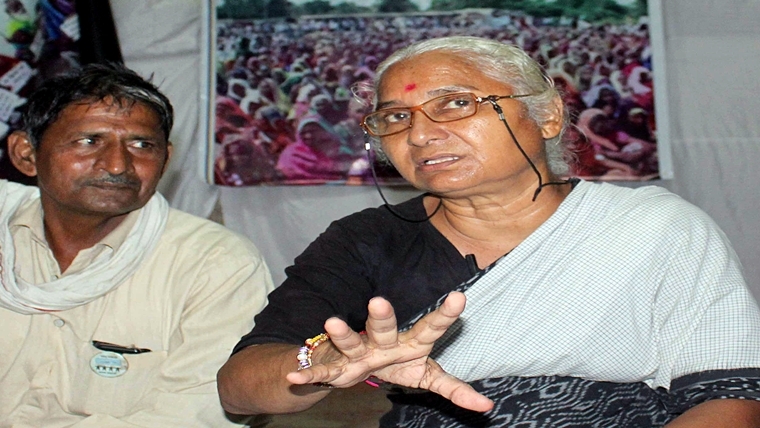 Medha Patkar talking to media persons regarding the rehabilitation and compensation of Sardar Sarovar dam oustees at the banks of river Narmada, in Bhopal | ANI Photo

Bhopal: Social activist and pioneer of the 'Save Narmada' movement, Medha Patkar on Tuesday ended her nine-day long hunger strike in Madhya Pradesh following the deterioration of her health.

Patkar was on a hunger strike at Chhota Barda in Barwani district since August 25 after the Gujarat government decided to raise the water level at the Sardar Sarovar dam without making proper arrangements for the people who are living in nearby villages. She had demanded proper rehabilitation facilities for the residents.

Chief Minister Kamal Nath in a letter to Patkar on Monday urged her to end the hunger strike. The state's Chief Secretary S.R. Mohanty also wrote to the activist informing her of the steps taken by the Madhya Pradesh government to help the affected people.

Former MLA Sunilam said that Patkar's health worsened on Sunday night and that many villages were at the verge of being flooded. The water level of the dam has reached 138.68 metres. The dam was being filled but the water was not being released towards Gujarat which has triggered a fear of flood in around 190 villages. The water has already reached 100 villages.