Even in his 70s, Milkha, who passed away at the age of 91 in Chandigarh on Friday night, would often turn up and encourage athletes at Chandigarh's Sector 7 Sports Complex, a hub of athletics in the city.

"Marnay se pehle Milkha Singh ka ek sapna hai -- Hindustan ko Olympic mein medal mile (Before I die, I wish to see an Indian athlete win a medal at the Olympics)," he had told young athletes in one such interaction.

India, however, haven't got any medal in track and field at the Olympic Games.

Milkha too had finished fourth in the 1960 Rome Olympics but shattered the world record and was in sight of a medal before a momentary lapse in concentration cost him. He had clocked 45.73 seconds.

India's star javelin thrower Neeraj Chopra is considered as one having potential to win a medal at the rescheduled Tokyo Olympic Games that start on July 23.

Chandigarh's seven-lane cinder track within the sports complex in Sector 7 is still home to aspiring as well as seasoned athletes.

"He used to visit the stadium once or twice a week and often discussed training methods with coaches. His house was close to the sports complex. We also went to meet him as he was the president of Chandigarh Athletics Association (CAA) from 1978 to 1999," Shiv Kumar Joshi, an athletics coach, told IANS from Chandigarh. Milkha would regularly give pep-talk to youngsters.

"I had trained very hard for the Rome Olympics. I often vomited blood after hard training sessions. I was confident of winning a medal. But it was not my day. What I failed to achieve in my life you should make efforts to win glory for India," he often told budding athletes.

In his leisure hours, he would spend time at Chandigarh's golf course, playing nine holes and then relaxing at the clubhouse.

Read Also
I wanted to ask him, 'Are you relaxing', hoping he would answer, No, I am Milkha Singh': Adman... 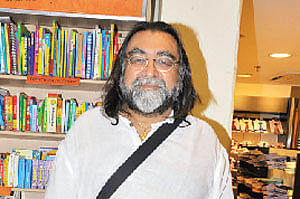 G20 Summit: ASI sites to be lit up, bear G20 logo from Dec 1-7 as India assumes its Presidency