The incident was caught on a CCTV camera, footage from which was shared widely on social media.

A 25-year-old man was stabbed to death by some people after an argument in south Delhi's Malviya Nagar area, police said on Friday.

The incident was caught on a CCTV camera, footage from which was shared widely on social media.

Police had received a call on Thursday about stabbing of a man near gate number 3 of Begumpur's DDA Market, a senior police officer said.

The man was rushed to AIIMS Trauma Centre, from where police found that the injured was one Mayank Panwar, a resident of Shahpur Jat, Deputy Commissioner of Police (south) Benita Mary Jaiker said.

Vikas Panwar, Mayank's friend, told police that the incident happened around 7 pm Thursday when they both were sitting at Qila, Begumpur in Malviya Nagar, where 4-5 men picked an argument with Mayank, the DCP said.

After the argument they went away, but soon returned and pelted both friends with stones, police said.

Vikas and Mayank tried to flee, but the group chased down Mayank near gate number 3 of the DDA Market and stabbed him multiple times, the DCP said.

In the video, Mayank is seen running and being chased by some people. They catch up with him near a car and one of the accused, wearing white pants, stabs him several times.

A case under sections 302 (murder) and 34 (common intention) of the IPC has been registered and an investigation is on, police said.

The accused have been identified and efforts are being made to nab them, Jaiker said.

The motive behind the incident is yet to be ascertained. Mayank had done a course in hotel management and was currently unemployed, police said. 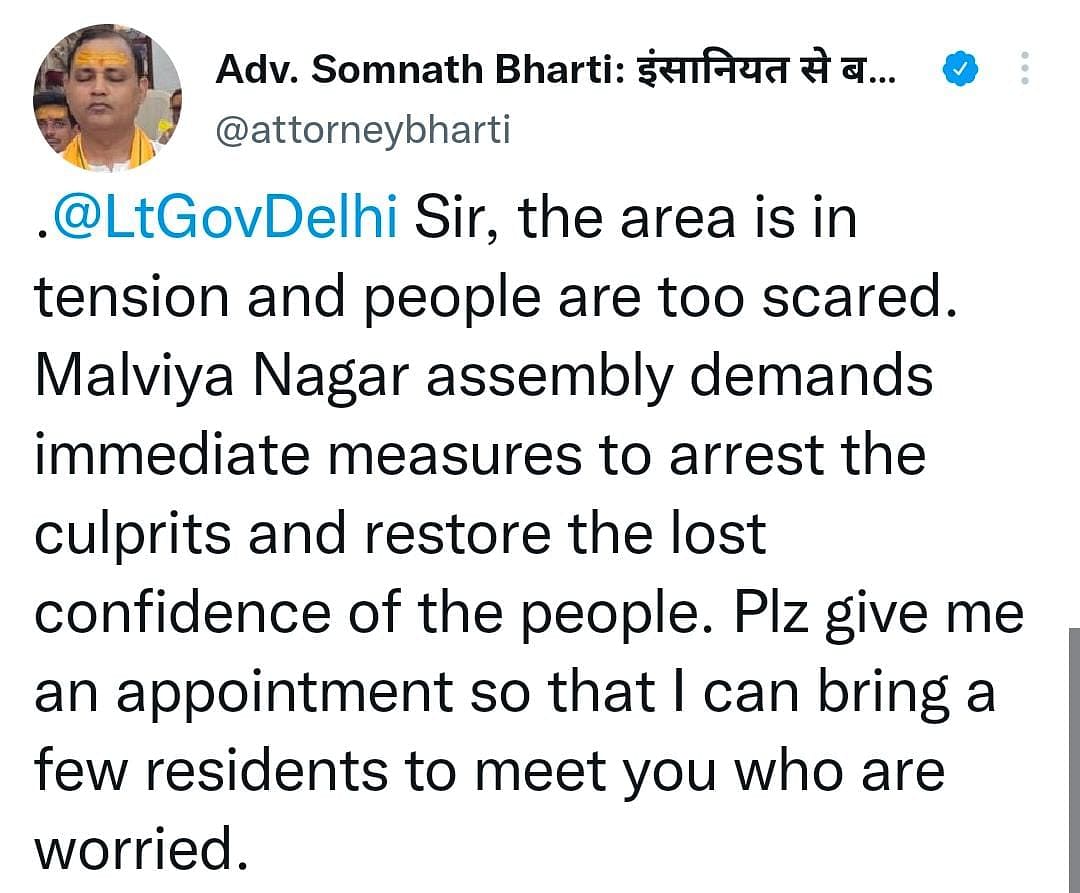