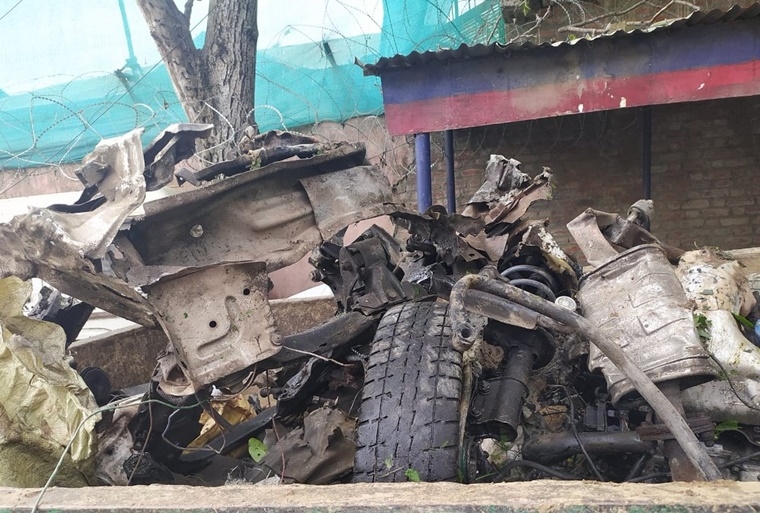 Pulwama (Jammu and Kashmir): A major incident of a vehicle-borne IED blast was averted by the timely input and action by Pulwama Police, Central Reserve Police Force (CRPF) and Army, the Jammu and Kashmir Police said. 3300 from Jammu and Kashmir evacuated by 4 trains

The suspected vehicle came and a few rounds were fired towards it. A little ahead this vehicle was abandoned and the driver escaped in the darkness. On close look, the vehicle was seen to be carrying heavy explosives in a drum on the rear seat. Possibly more explosive would be fitted elsewhere in the vehicle, sources added.

The vehicle was kept under watch for the night. People in nearby houses were evacuated and the vehicle exploded in situ by the Bomb Disposal Squad as moving the vehicle would have involved serious threat, sources said. The vehicle reportedly sports a number plate of a scooter registered somewhere in Kathua district of Jammu zone, sources added.