Ahmed Patel today spoke out against the government formation in Maharashtra calling it a "blot" on the history of Maharashtra. He also suggested foul play, saying that there was no verification done
FPJ Web Desk 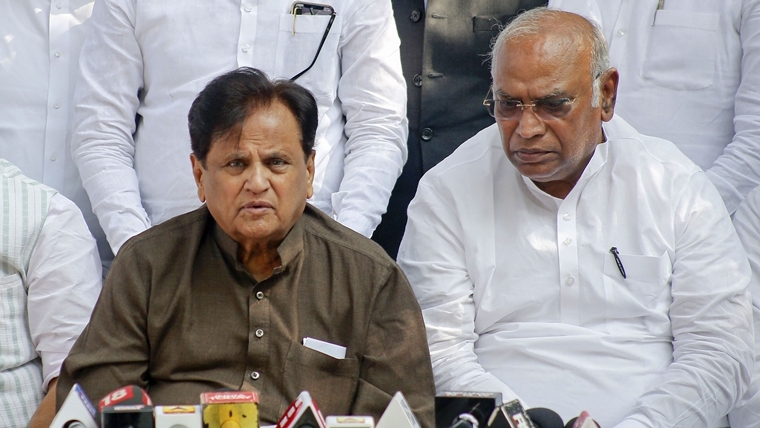 Ahmed Patel today spoke out against the government formation in Maharashtra calling it a "blot" on the history of Maharashtra. He also suggested foul play, saying that there was no verification done.

There was no fanfare with the way the CM and Deputy CM was sworn in, Patel said, adding, "Ajit Pawar submitted a list surreptitiously".

"I'm getting a stink something is wrong. This is a breach of constitution and democracy. They have crossed all barriers of shame," he said.

Taking to Twitter he added, "Illegal and evil manoeuvres take place in the secrecy of midnight. Such was the shame that they had to do the swearing-in hiding. This illegitimate formation will self destruct."

Speaking on the time before President's Rule was implemented in the State when Governor Koshyari had invited the BJP, Shiv Sena and NCP a chance to form the government, he pointed out that Governor Koshiyari "didn't give the Congress a chance".

Discussing allegations that the Congress had delayed the formation of the Government Patel said, "A process was on. We reached the very next day after we were called by Uddhav Thackeray. Everything was above board. Some things were important things were to be discussed with the Shiv Sena. The allegation that we delayed government formation in Maharashtra is completely baseless."

The Congress leader said that all the Congress MLAs are intact except two who have gone to their village. "We took some time. Constitution values were upheld. We are committed for this, our MLAs will not break," he said.

Patel said that "there is no confusion," and that "all our legislators are with us".

"Sharad Pawar ji announced yesterday only about the consensus on Uddhav Thackeray's name for the Chief Minister's post. We stuck to the same," he said.

"We will fight the confidence vote together," he said. "After November 30 we can still form the government...legally and politically."

The oath was administered by Governor Bhagat Singh Koshyari at Raj Bhawan.

The move came even as the Congress-NCP-Shiv Sena was in the final leg of deliberations regarding government formation.

Earlier in the month, the BJP which had emerged as the single-largest party in the assembly elections found themselves unable to stake claim to form the government as its then ally, the Shiv Sena, remained firm on its demand for rotating the CM's post and 50:50 sharing of Cabinet berths.

Parting ways with the BJP, the Sena began to explore the possibility of an alliance government with the NCP and the Congress.