In our series of presenting the blow-by-blow account of the troubled spot, FPJ lists a timeline of what happened during the day…
ROBIN ROY 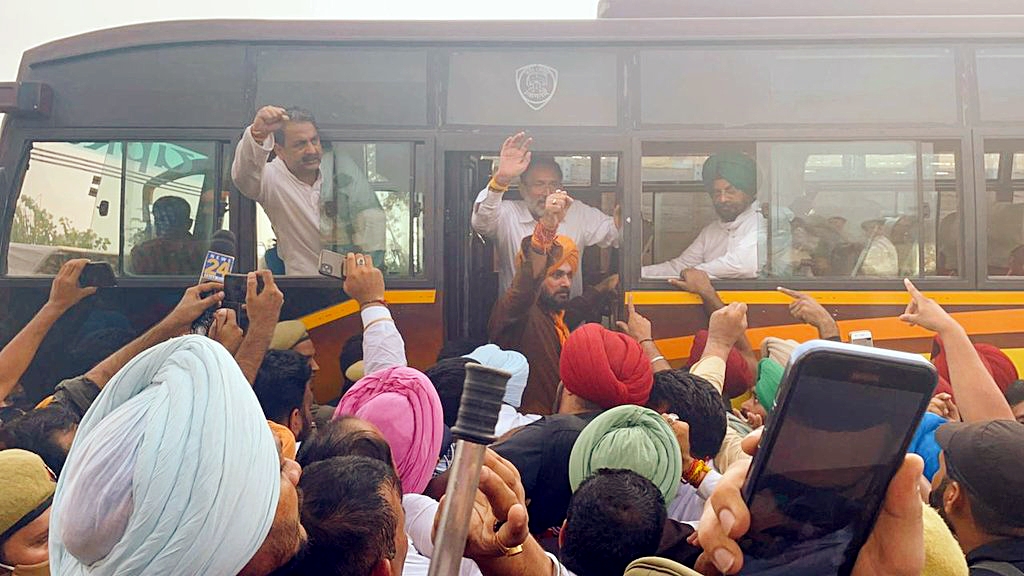 Punjab Congress Chief Navjot Singh Sidhu along with other party supporters being detained by Uttar Pradesh Police, in Saharanpur | ANI

Despite having clocked a mammoth win in the Pilibhit Lok Sabha seat where he had secured 7,02,755 votes and his victory over Hemraj Verma of Samajwadi Party (SP) was pegged over 2.55 lakh votes in the 2019 Lok Sabha and his mother Maneka Gandhi also managed to win albeit a wafer thin margin over her rival in Sultanpur… Maneka missed the bus in the Modi cabinet in 2019.

The young Varun, with this stupendous victory obviously may have expected something more so when his mother was sidelined.

However, the script did not work out that way. As a result, did “ignorance” lead to Varun Gandhi becoming sore with the fact that he did not get a berth in the Union cabinet (even) which was rejiged recently and hence this series of tweets expressing his displeasure? His wrath in the handling of the Lakhimpur Kheri incident and the farmers’ agitation comes just a few months before the crucial UP Assembly elections.

Especially when his mother was dropped from the Union Cabinet after the Lok Sabha in 2019, it was not strange for Varun to be devoid of any expectation, something at least in the recently reshuffled/expanded Yogi Adityanath cabinet. He may have felt slighted and sidelined or “ignored.”

Varun has not had a smooth sailing with BJP so far, Varun was also sidelined before the 2017 state polls.

Varun’s recent barbs and bytes came in the form of tweets since October 2, 2021 when he criticised a trend to praise Nathuram Godse. This, many felt, was a direct head on with ideological issues.

BJP MP Varun Gandhi on Thursday posted a video purportedly of the Lakhimpur Kheri incident and said the protesters cannot be silenced through murder asking for accountability for the farmers.

"The video is crystal clear. Protestors cannot be silenced through murder. There has to be accountability for the innocent blood of farmers that has been spilled and justice must be delivered before a message of arrogance and cruelty enters the minds of every farmer," the Pilibhit MP said in a tweet.

THURSDAY’S DEVELOPMENT: BJP constituted a new national executive committee with 80 members, dropping noted names – Varun Gandhi and former Union minister Chaudhary Birender Singh, both of whom have been critical of the farm laws.

Even as BJP is gearing up for the crucial UP polls, the new team does not have Sidharth Nath Singh, minister in UP government and MP Rajveer Singh, son of late veteran Kalyan Singh, who was from the Lodhi community which forms a crucial section of BJP’s OBC base in the state.

Congress leader Navjot Singh Sidhu and his supporters were detained today while they were on their way to Lakhimpur Kheri in Uttar Pradesh which is on the boil after a group of farmers were run over by a Union Minister's car. Sidhu and about 150 supporters were stopped by Uttar Pradesh police at the state's border with Haryana and then detained at Sarsawan police station in Saharanpur. Visuals from the spot showed Sidhu and his supporters being put into a bus as they raised slogans against the centre and the Yogi Adityanath government in the state.

Congress leaders led by state party president Govind Singh Dotasra on Thursday assembled at Uncha Nagla area near the border with Uttar Pradesh in Bharatpur district to march to UP’s violence-hit Lakhimpur Kheri. Addressing a gathering at Uncha Nangla, Dotasra said farmers were killed in Lakhimpur Kheri and when Congress leader Priyanka Gandhi was going to raise the voice of farmers, she was detained by police who misbehaved with her.

“We decided to go to Lakhimpur Kheri in solidarity with the farmers who should get justice. Those who murdered the farmers have not been arrested,” he said. “UP police misbehaved with Priyanka Gandhi despite being a woman. We strongly condemn this,” he said.

With Rahul and Priyanka Gandhi and others from TMC, RLD and AAP taking a trip to Lakhimpur Kheri in Uttar Pradesh after the violence killed eight, including farmers and a journalist, on October 3, main opposition Samajwadi Party seems nowhere to be seen when it comes to meeting the aggrieved families.

The SP chief told media in Lucknow while leaving for Lakhimpur Kheri on Thursday, “The day we wanted to go to Lakhimpur, you know how the administration blocked our way by putting force, blocking our way by bus and trucks. Now, they gave permission, which could have been given earlier. We are going to meet the families and will seek justice for them, though it is difficult to get justice in this government.” 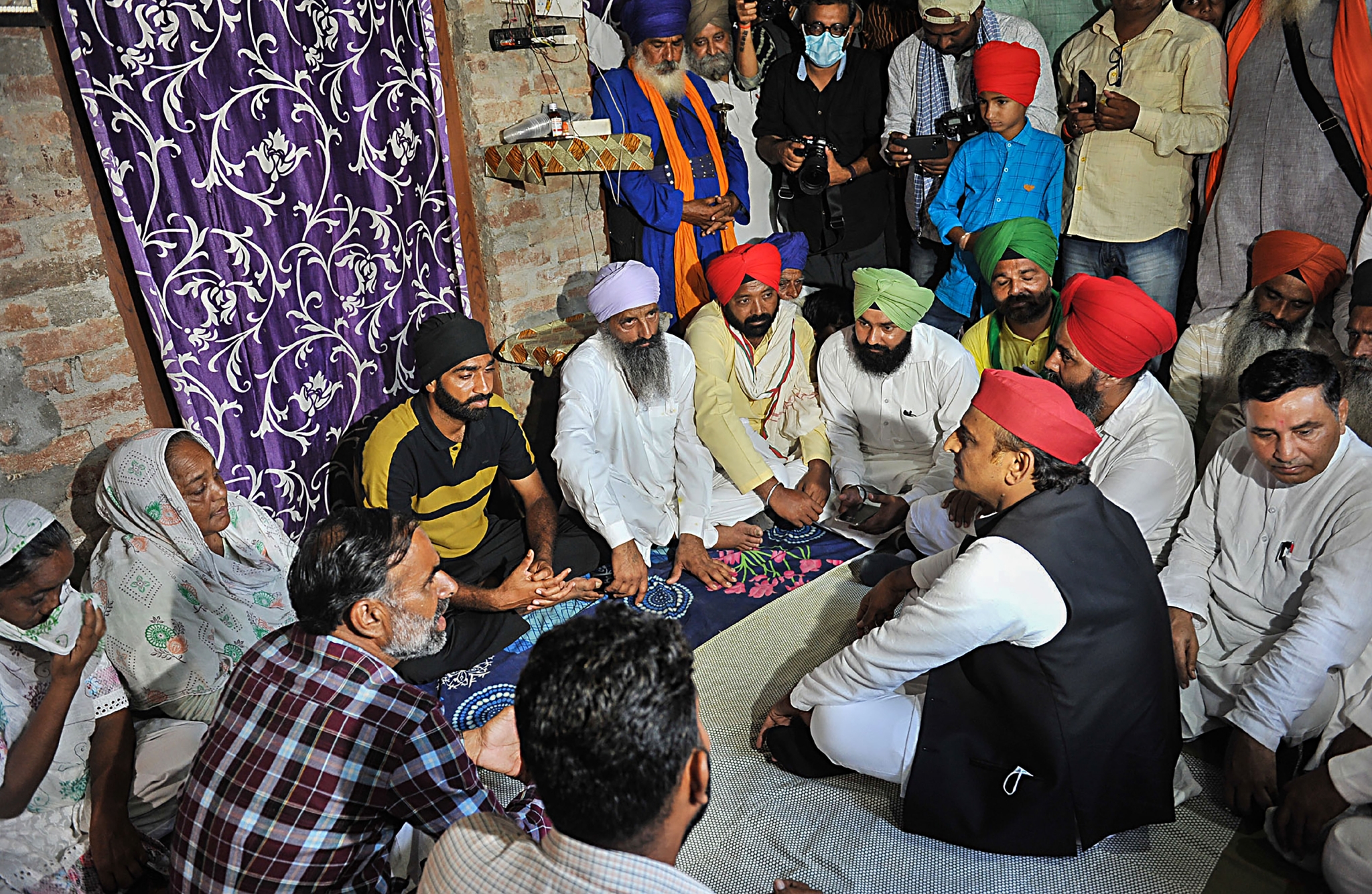