NEW DELHI: The Samyukt Kisan Morcha (SKM), which is spearheading farmers' stir at Delhi’s borders since last November, on Saturday demanded not only the removal of Union Minister of State Ajay Mishra but also his arrest along with that of his son Ashish in the Lakhimpur mowing down incident.

It also gave a call to farmers from across the country to gather in Tikonia village of Lakhimpur Kheri in Uttar Pradesh for "Antim Ardas" or "Bhog" at 12 noon on October 12; the deceased farmers will be remembered by lighting candles in the evening.

Those who can't reach Lakhimpur were urged to organise the homage in local temples and gurdwaras and undertake a candle light march in their villages; those unable to do so, should light 5 candles in front of their houses, the SKM leaders told a joint press conference held in the Press Club.

The protests will culminate in a ‘Mahapanchayat’ at Lucknow on October 26. On October 12, the "kalash" (vessel) containing the ashes of the martyrs will be taken from Tikonia to all the districts of Uttar Pradesh as also to other states.

The SKM will also burn effigies of the Prime Minister, the Home Minister and the MoS for Home on the occasion of Dussehra on October 15; a "Rail Roko" agitation will be organised from 10 AM to 4 PM.

Farmer leader Suresh, who was the first to reach the site of violence at Lakhmipur Kheri, slammed the false report that farmers had retaliated against the killing of their colleagues. He also dispelled the notion that BKU leader Rakesh Tikait was instrumental in reaching an understanding with the police over lifting of the farmers’ blockade. 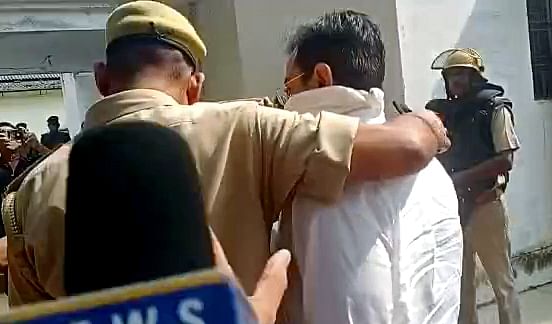