In a statement, the umbrella body of farmer unions spearheading the farmers' agitation against the Centre's three agri laws, said "protests will only be intensified until justice is secured" in the Lakhimpur Kheri case
Pramod 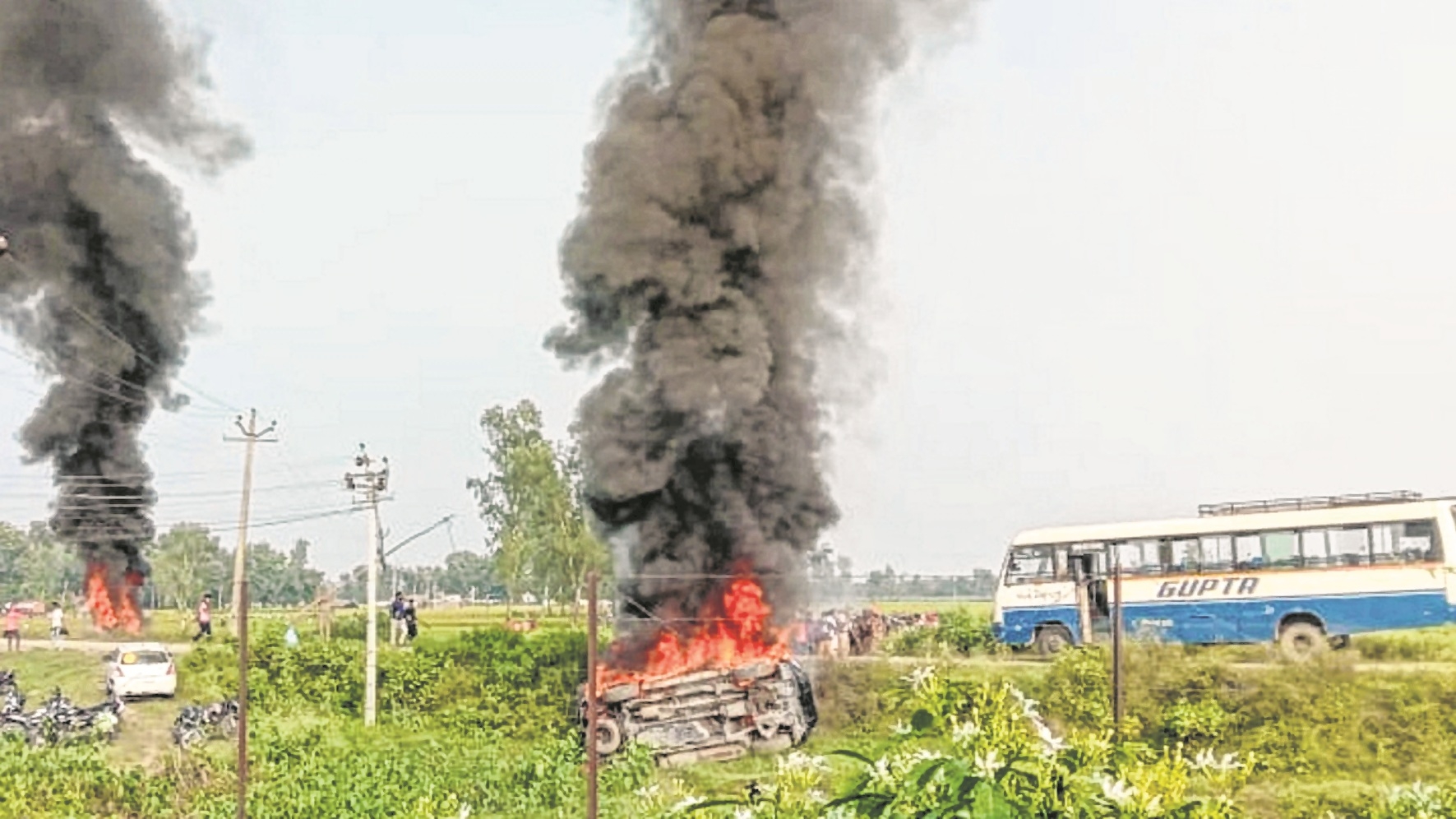 New Delhi: The Samyukt Kisan Morcha (SKM) on Sunday said 'Rail Roko' protests will be held across the country on October 18 to demand the dismissal and arrest Union Minister Ajay Mishra in connection with the Lakhimpur Kheri incident.

Four of the eight people who died in the violence on October 3 were farmers, allegedly knocked down by a vehicle carrying BJP workers. Angry farmers then allegedly lynched some people in the vehicles.

Farmers have claimed that Ashish Mishra was in one of the vehicles, an allegation denied by him and Ajay Mishra who say they can produce evidence to prove he was at an event at that time.

Ashish Mishra was arrested in the case on October 9.

The SKM also claimed that at effigy-burning events across Uttar Pradesh, several farmer leaders were put under house arrested while some were detained.

SKM condemns this and asks the UP government not to suppress the right to protest of ordinary citizens, it added. From Lakhimpur Kheri, Jashpur to Bhopal: Here's everything to know about recent tragedies where...