Popular Gujarati journalist Isudan Gadhvi joined the Aam Aadmi Party on Monday in the presence of party chief Arvind Kejriwal as the Delhi Chief Minister announced that his party will contest all seats in the Gujarat Assembly elections scheduled next year.

"Our aim should be social service," the news anchor said while joining the party.

The Aam Aadmi Party will contest all 182 seats in the Gujarat Assembly elections next year, the party’s convener and Delhi Chief Minister Arvind Kejriwal announced on Monday.

Kejriwal is on a one-day visit to Gujarat where he inaugurated the party’s state office in Ahmedabad. He is also expected to interact with party workers during his visit.

Welcoming Gadhvi's entry into the party, Kejriwal tweeted, "I welcome well-known journalist of Gujarat, Shri Isudan Gadhviji to the Aam Aadmi Party family. I am confident that Isudan Bhai will definitely fulfill the dream he has for Gujarat together with the people of Gujarat. Now Gujarat will change".

This was Kejriwal's second visit to Gujarat. He last visited Surat in February after an impressive debut in local body elections by coming second with 27 of the 120 seats.

"Gujarat's voice and most popular journalist Isudan Gadhvi, welcome to the Aam Aadmi Party family. With the arrival of Isudan brother AAP Gujarat will get new energy and I am sure in the future the politics of Gujarat will definitely change," Mr Sisodia tweeted in Hindi and shared photos.

The AAP has been trying to make inroads into Gujarat since its inception in 2013. In the 2014 Lok Sabha elections, AAP contested on all 26 constituencies and in the 2017 assembly elections, it fielded candidates on 29 seats. The party drew blank on both occasions. 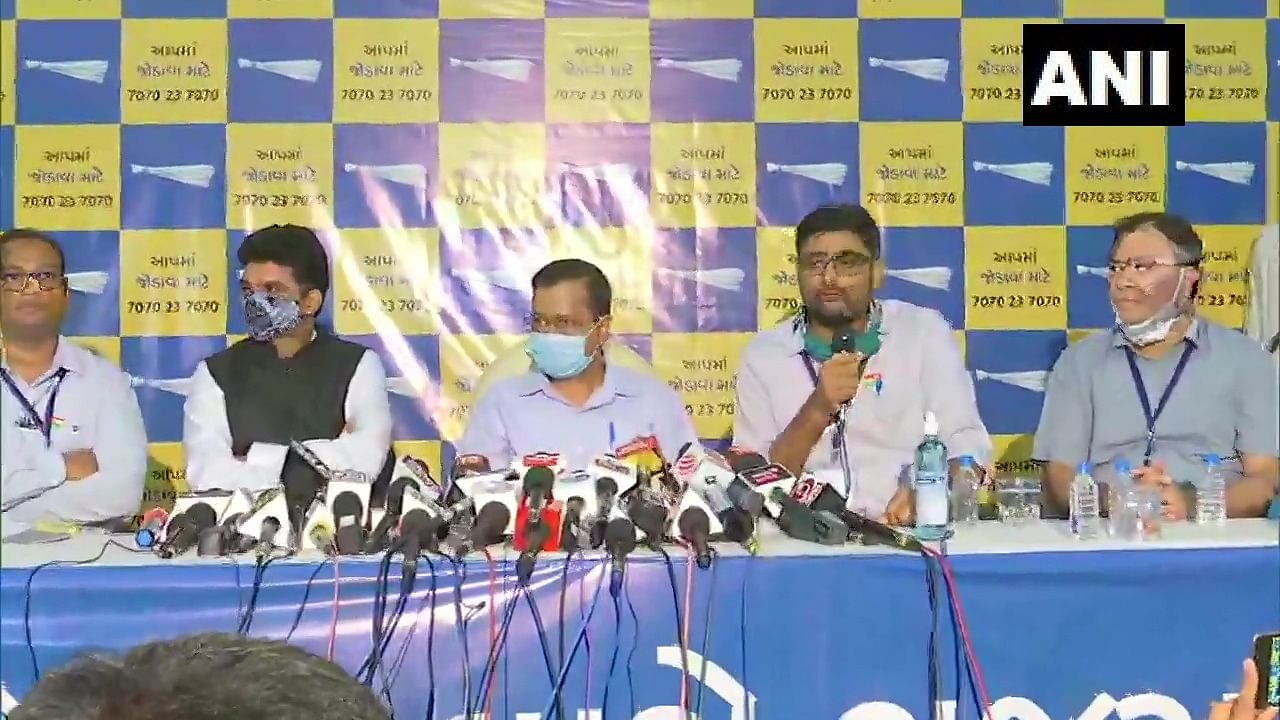