HomeIndiaKerala: Governor on fast, nun pleads her own case in High Court

Kerala: Governor on fast, nun pleads her own case in High Court

Kerala witnessed two unique events on Wednesday: one in which the head of the government observed a protest fast in the Raj Bhavan and the other in which a nun, turned out of her convent by the congregation, argued her own case in the high court, becoming the first woman to do so.

The two incidents were not directly related to each other, but there was a common thread: both were about atrocities against women and both had elements of drama.

Governor Arif Mohammed Khan observed a day-long fast against the menace of dowry in solidarity with a call by various Gandhian organisations to spread awareness against the practice of giving and taking dowry as part of marriages.

There has been a sudden increase in the state’s dowry deaths and atrocities in the name of dowry and the Governor had visited the families of some of the victims. On one such visit last month, Arif Khan had made an emotional appeal to women to say no to dowry and expressed willingness to be part of any movement to create awareness against the menace.

Khan suggested that when students are awarded degrees, they must be made to sign an undertaking that they will not demand or accept dowry and in the event of women complaining of dowry harassment, their degrees must be annulled.

Sister Lucy Kalappura, who appeared in the court to argue her own case following the withdrawal of her counsel from arguing it, told the court she was a nun seeking justice and appealed to it not to throw her at the ‘mercy of the streets’.

Sister Lucy was evicted from the convent after she levelled allegations of immorality against the Vicar and the Mother Superior of the Church. She had earned the displeasure of the Church, including the authorities in Rome for her participation in the protests demanding the arrest of Bishop Franco, who had been accused of raping a nun.

"I am a nun, a woman fighting for justice… It is important for my nunship and my faith that I continue to reside at the convent. Please do not throw me at the mercy of the streets as many nuns have been forced to in the past. I have nowhere else to go," Sister Lucy pleaded.

Sister Lucy told media persons that she was fighting to uphold the dignity of women and that she decided to appear in the court in person so that she could tell her own story. 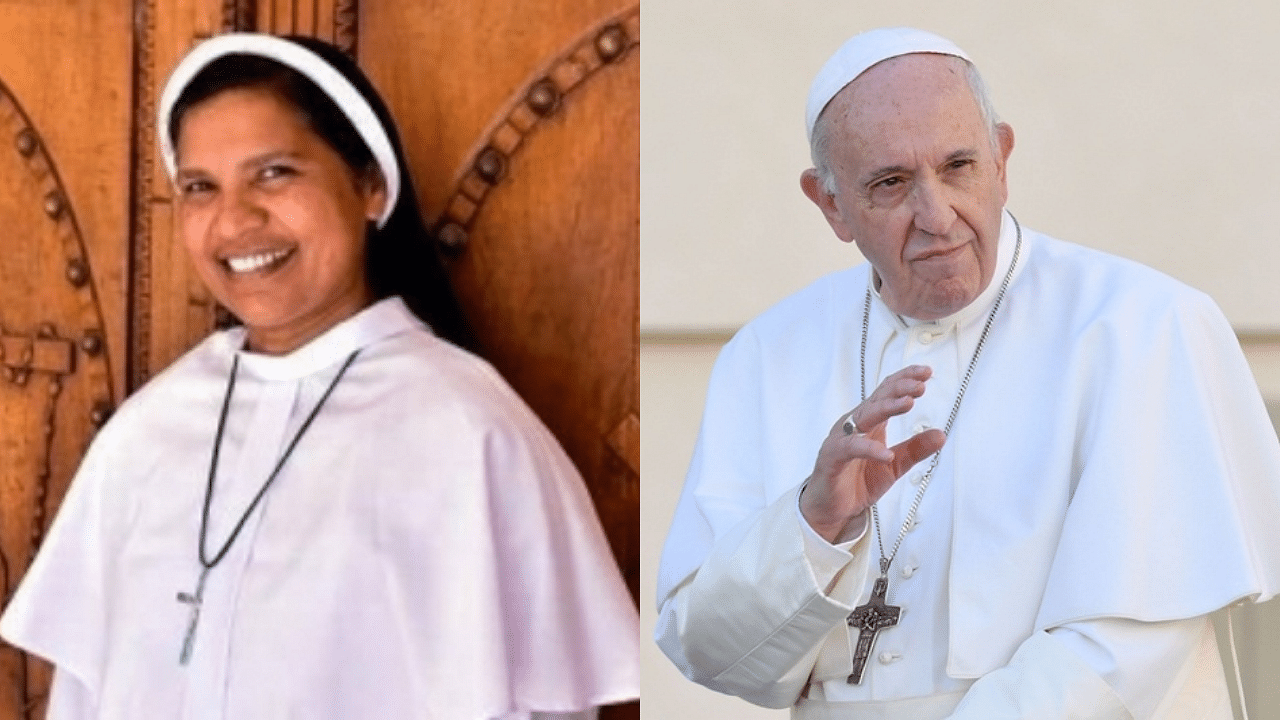