As per the police, two persons attacked Chandrashekhar Guruji when he entered the lobby of the hotel.

Chandrashekhar Guruji Angadi, a well-known exponent of ‘Saral Vastu’, was stabbed to death in a hotel in Karnataka's Hubballi district Tuesday morning. The police have arrested two accused identified as Maltesh and Manjunath.

CCTV footage at the hotel showed two men posing as devotees waiting for ‘Guruji’ in the reception area. Once he settled in a chair, one of the men touched his feet to seek blessings while the other started stabbing him with a knife that was concealed in a white cloth.

Both the killers then repeatedly stabbed him with knives while he writhed in pain and tried to defend himself. Customers in the lobby ran helter-skelter out of fear.

According to Hubballi police commissioner Labhu Ram, "Chandrashekhar Guru came to the President Hotel in the afternoon. Someone had asked him to come to the lobby. When he came there, two people were waiting. While one went to him to offer namaskar, the other one started stabbing him. Then both these people assaulted the guru together."

The victim was taken to a hospital where he was pronounced brought dead.

"A case was filed in Vijay Nagar police station and the investigation was taken up by an ACP level officer. ACP North is investigating this case," the police officer added.

The police commissioner further said that teams are working on different aspects of the case and they are also trying to find out whether there was any security lapse on part of the hotel.

"We have got some information based on the mobile towers. We will know the motive after the investigation. We are recording statements of family members too," he added.

The motive seems to be hazy as of now, but sources said the accused were trying to grab the vastu exponent's property. They stabbed him multiple times in the stomach and neck leaving him bleeding to death.

Karnataka Chief Minister Basavaraj Bommai condemned the murder and said that he has spoken to Hubballi police commissioner regarding the incident.

Chandrasekhar Angadi hailed from Bagalkote and had started his career as a contractor. Later, he found a job in Mumbai, where he had settled. He subsequently pursued his Vastu business there.

He had come to Hubballi reportedly to pay condolences to a relative whose child had died. 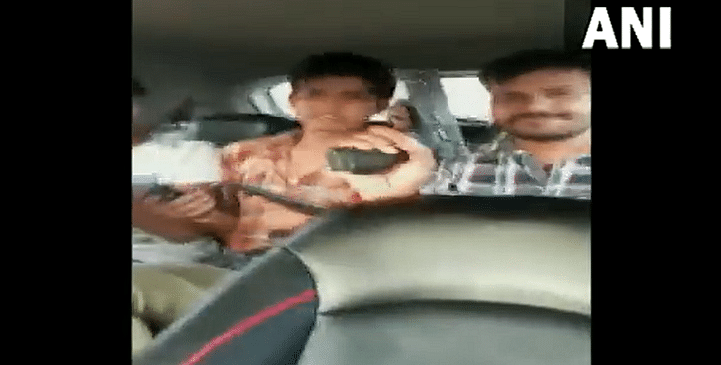