The Council was to sit till December 15, but the Chairman adjourned the House sine die after the cow slaughter bill was not tabled.
Shankar Raj 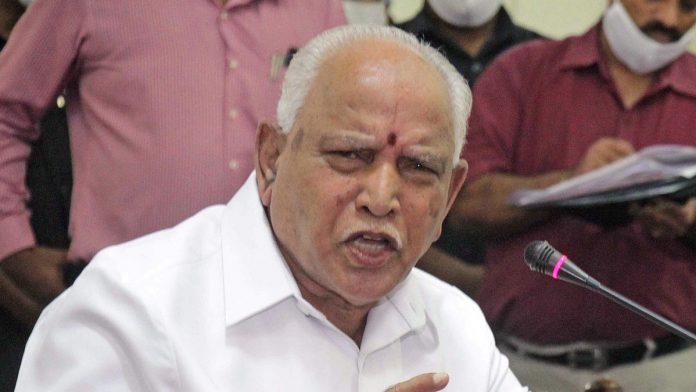 "We are going to convene two more days of the Legislature Session starting from Tuesday next week. I have written to Governor Vajubhai Vala seeking his approval. How can the Chairman declare sine die when there are important issues to be discussed?" he wondered adding that the move by Chairman Pratapchandra Shetty was uncalled for. Yediyurappa said that the party would like to discuss the anti-cattle slaughter bill in the Council.

The Council was to sit till December 15, but the Chairman adjourned the House sine die after the cow slaughter bill was not tabled.

Yediyurappa said that the Chairman announcing the adjournment was a tactic to avoid the no-confidence motion tabled in the Council against Shetty. The BJP had submitted the notice to the Chairman as per the rules a fortnight ago, he said.

Meanwhile, the Congress has asked the BJP leaders to prove their "real commitment" to protecting cows by taking steps to ban beef export completely in the country, instead of adopting double standards by banning cow slaughter in select states.

Addressing the media, Leader of Opposition Siddaramaiah said that the BJP should have a uniform stance when it comes to matters like ban on cow slaughter. "The BJP's stand on cow slaughter ban is diametrically opposite in Goa state to what the party has taken here. In both the states it is the ruling party," he pointed out. He also claimed that the Congress will not have a problem if the BJP bans beef across the country, or even bans the export of beef completely.

The Congress leader alleged that it is the BJP supporters who are among the leading beef exporters in the country, which is why the BJP does not take a firm stand on such issues.