Jammu and Kashmir: Security forces detain over 700 people amid targeted killing of civilians 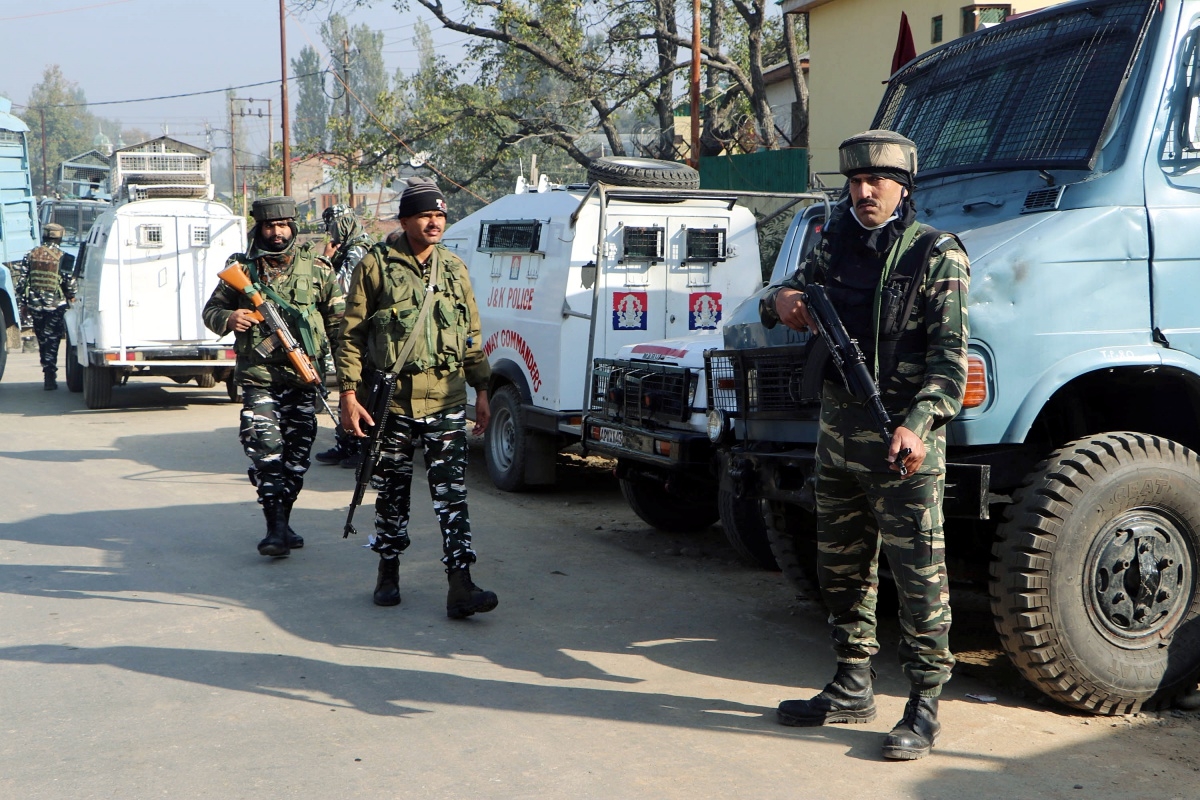 Security personnel stand guard as National Investigation Agency (NIA) carry out raids in connection with 'ISIS-Voice of Hind' case and the 'Bathindi IED recovery' case, in Anantnag on Sunday. | ANI

Security forces have detained over 700 people in Jammu and Kashmir in response to the killing of seven civilians, including those from the Kashmiri Pandit, Sikh and Muslim communities, in six days. Several of those detained are believed to have links to the banned Jamaat-e-Islami or are suspected overground workers (OGW), and come from Srinagar, Budgam or other areas in southern Kashmir.

According to a NDTV report, a senior police officer said they had been detained to "break the chain of attacks in the (Kashmir) Valley". The officer also said the attacks may have been fuelled by an increase in radicalism following the Taliban's rise to power, and that the killers were going after "easy" targets.

The murders have sparked in the already tense Kashmir Valley, with opposition leaders fiercely critical of the administrations' apparent inability to stop the attacks and locals living in fear. The most recent deaths were of two government schoolteachers - Supunder Kour (a Sikh) and Deepak Chand (a Hindu), who were shot dead by gunmen in Srinagar on Thursday.

Meanwhile, a group of Muslims on Sunday staged a peaceful protest at the Lal Chowk area in Srinagar against the alleged Pakistan sponsored terrorism and recent killings of minorities in the Kashmir Valley.

Protestors carried banners sporting "Akhhir Kab Tak" (Till when?) to register their protest.

On Tuesday, Makhan Lal Bindroo, 70, the owner of a pharmacy in Srinagar's Iqbal Park, was shot at inside his store. He was rushed to a hospital where doctors declared him dead on arrival.

J&K Lieutenant Governor Manoj Sinha has condemned the killings and warned terrorists that a "befitting reply" will be given to those found involved in the attacks. NIA raids 16 locations in Jammu and Kashmir in connection with publication of 'Voice of Hind', IED...