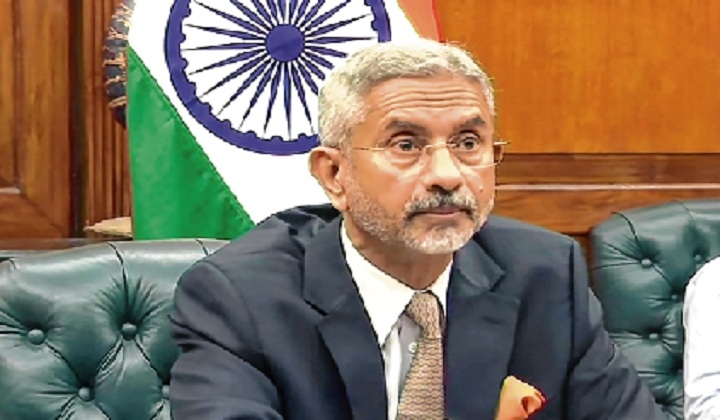 External Affairs Minister S Jaishankar on Tuesday said leading voices of the world must be exemplars in "every way" and they need to respect international law while re­co­gnising the interests of partners, in comments seen as a veiled criticism of China.

Jaishankar's remarks in presence of Chinese Foreign Minister Wang Yi at an online conference of Russia-India-China trilateral came in the midst of an escalating border row between India and China following killing of 20 Indian soldiers in the Galwan Valley clash.

"This special meeting reiterates our belief in the time-tested principles of international relations. But the challenge today is not just one of concepts and norms, but equally of their practice," Jaishankar said.

"The leading voices of the world must be exemplars in every way. Respecting international law, recognising the legitimate interests of partners, supporting multilateralism and promoting common good are the only way of building a durable world order," he added.

The external affairs minister's comments are seen as an indirect message to China which has been adopting an aggressive posturing along its land boundary with India besides increasing its activities in Indian Ocean region.

In his initial remarks, Jaishankar also said that India did not get its due recognition in the global order post World War II and that the historical injustice remained "uncorrected" for the last 75 years. "When the victors met to fashion the ensuing global order, the political circumstances of that era did not give India due recognition. This historical injustice has stood uncorrected for the last 75 years, even as the world has changed," he said.

Therefore, he said, it was important for the world to realise both the contribution that India made and the need to rectify the past.

The minister spoke about the need for reforming the United Nations so that it can represent the current reality of the globe. "But beyond history, international affairs must also come to terms with contemporary reality. The United Nations began with 50 members; today it has 193. Surely, its decision making cannot continue to be in denial of this fact," he said.

"We, the RIC countries, have been active participants in shaping the global agenda. It is India's hope that we will also now converge on the value of reformed multilateralism," Jaishankar added.