While Dr Reddy's Laboratories will manufacture Sputnik V under a pilot, a total of seven companies in India will be manufacturing the Russian vaccine

Hyderabad: India will produce 259 crore doses of various Covid-19 vaccines by the end of 2021, Union Minister of State for Home G. Kishan Reddy said on Thursday.

He claimed that the Centre is making all efforts to ramp up vaccine production in the country and exuded confidence that by December the monthly production of Covid vaccines will go up to 59 crore doses.

The minister told reporters after visiting government-run ENT Hospital here that 16 companies will manufacture the vaccines in the country.

"Three companies have already started production while some more will start manufacturing by August-September," he said.

He said Bharat Biotech's Covaxin formula has been shared with five companies which will manufacture the vaccine to meet the demand.

While Dr Reddy's Laboratories will manufacture Sputnik V under a pilot, a total of seven companies in India will be manufacturing the Russian vaccine.

He said Biological E will soon start production of Johnson & Johnson's vaccine in the country. "If Johnson & Johnson vaccine comes, one dose will be enough. Other vaccines will be available in two doses while Zydus Cadila's vaccine will have three doses," he said.

Reddy revealed that the Centre has made arrangements for production of 8.80 crore vaccines in May. This number will go up to 10 crore in June, 17 crore in July, 19 crore in August and 42 crore in September.

"The production will be ramped up further to 46 crore in October and 56 crore in November. By December the monthly production of vaccines will be 59 crore," he said.

The minister said the government would ensure vaccination of as many people as possible by the end of this year.

He said central and state governments were making efforts on war footing to increase the production of the drug. There are 11 pharma companies in India which produce Liposomal Amphotericin B.

He assured that if necessary the government would extend help to the companies and provide raw materials to ramp up production.

Reddy said the government was also taking steps to import the drug from various countries. Two lakh injections will be imported in the first week of June. He hoped that this would help overcome the shortage.

He claimed that from the current available stocks, the Centre was making allocations to states based on their requirement and the number of cases of black fungus. He pointed out that Telangana was provided 5,690 vials of the injection.

Reddy said hospitals used to get one case of black fungus in six months and pharma companies had decreased the production of the drug. He pointed out that black fungus was being reported among diabetic who had post-Covid complications.

The ENT Hospital has 120-150 beds but in view of the increase in number of cases, the officials are making efforts to increase this number to 250.

The manufacturing of Russia's Sputnik V Covid-19 vaccine will start soon in India as the country has accomplished technology-transfer to Indian companies, said Dr VK Paul, chair of the National Expert Group on Vaccine Administration for Covid-19 (NEGVAC).

Meanwhile, American pharmaceutical giant Pfizer on Wednesday informs the Central government that its COVID-19 vaccine is suitable for all aged 12 and above and can be stored at 2-8 degrees for over a month, according to the sources. The drugmaker is likely to supply 50 million Covid-19 vaccines to India in 2021. 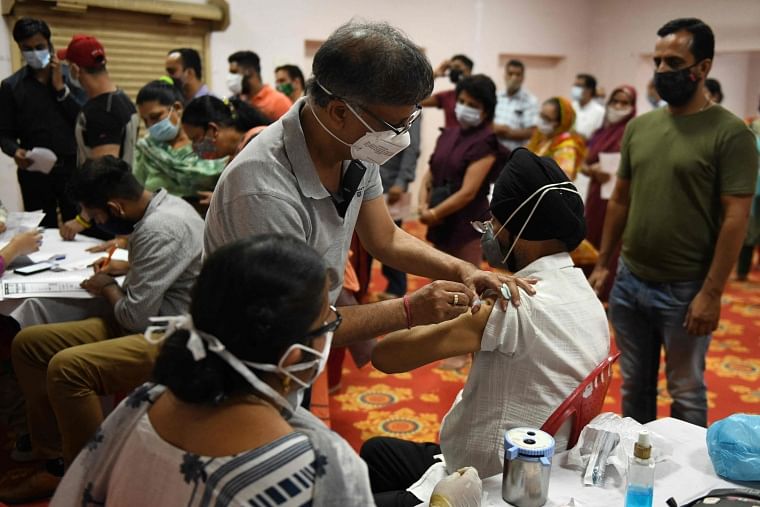