Chandigarh: The new Punjab Chief Minister Charanjit Singh Channi along with state Congress chief Navjot Singh Sidhu and the two deputy CMs took a chartered flight to Delhi on Tuesday to discuss the expansion of the new Cabinet with the party's central leadership, sources said.

The team will meet AICC general secretary Harish Rawat, who is the Punjab affairs in-charge, in Delhi, they said.

Sidhu uploaded a photo on Twitter showing him with Channi and Sukhjinder Singh Randhawa, one of the two deputy chief ministers, beside a chartered plane. "In line of duty !!" he tweeted.

Channi, Randhawa and the other deputy chief minister, O P Soni, were sworn in on Monday, two days after Amarinder Singh resigned as chief minister of the poll-bound state.

After hectic consultations, the party had picked Channi as the leader of the Congress Legislature Party. Randhawa, a Jat Sikh, and Soni, a Hindu, were apparently chosen to balance the caste equations.

Sources said the cabinet is likely to see the induction of fresh faces after the Delhi meeting, where the probable candidates will be discussed.

There are indications that those who rallied behind Navjot Sidhu in the power tussle with Amarinder Singh will find a place in the new cabinet.

Pargat Singh, considered close to Sidhu, is at present the Punjab Congress general secretary and Gilzian is a working president of the party's state unit.

There is speculation whether Amarinder Singh- loyalists -- like Gurmit Singh Sodhi, who was the sports minister, and Sadhu Singh Dharamsot, who held the ministry of social justice -- would retain their positions.

Channi himself was part of the group of ministers who constantly targeted Amarinder Singh, making it clear that they were part of the Sidhu camp.

Meanwhile, Channi on Monday held his first Cabinet meeting and discussed various 'pro-poor initiatives' with plans to implement them in a time-bound manner.

The Cabinet emphasized to lay special focus on the core sectors of education and health to provide affordable quality healthcare and education facility.

Shortly before the swearing of the three ministers on Monday, Harish Rawat triggered a row by suggesting that the coming assembly elections will be fought under Sidhu's leadership.

Former state Congress chief Sunil Jakhar, who was at one stage also seen as a CM candidate, said the "baffling" remark would undermine the new CM's authority.

In a damage-control exercise, the Congress then said both Channi and Sidhu will lead the fight in the next election. 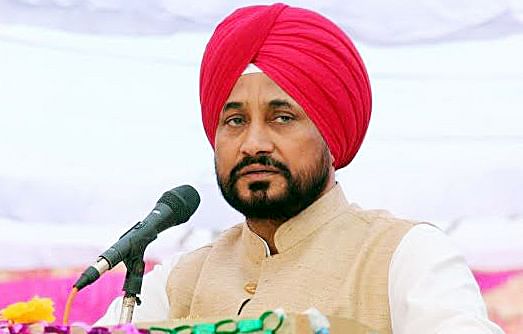