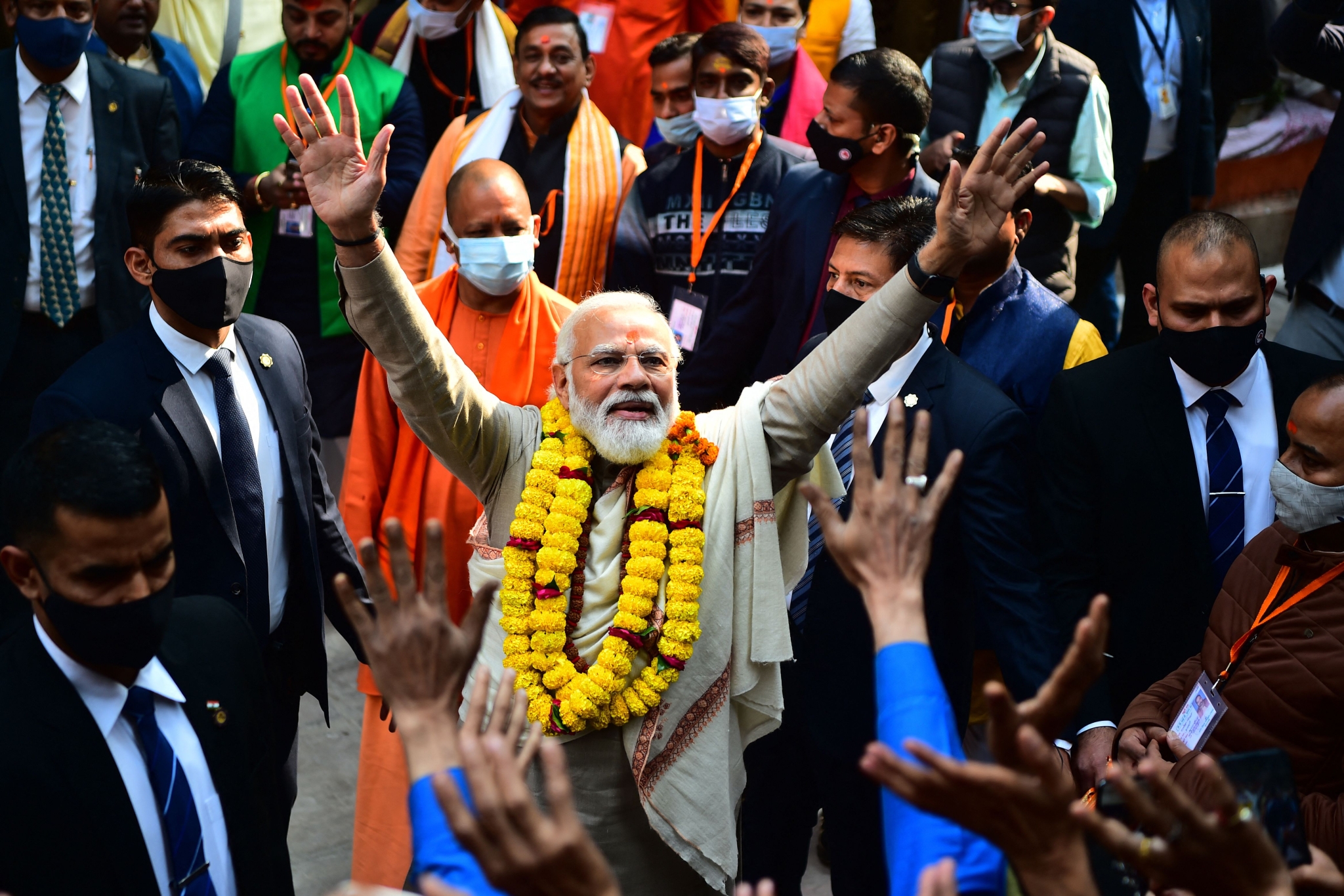 Lucknow: Lauding the resilience of India's civilisational heritage, Prime Minister Narendra Modi said in Varanasi on Monday that the likes of Aurangzeb tried to destroy it but were consigned to the “black pages” of history, even as the holy city of Kashi is writing a new chapter of its glory.

In a speech after inaugurating the Kashi Vishwanath Dham, which has renovated and expanded the temple's premises, Modi said India was stepping out of the influence and “inferiority complex” brought on it by centuries of slavery, and asserted that the new corridor will give a decisive direction to the country and lead it to a bright future.

A new history is being created, he said, asserting that “if an Aurangzeb came, a Shivaji also rose, and if a Salar Masud, a Muslim invader, marched, then a Raja Suheldev took him on”.

Modi dwelt at length about the glory of the city's heritage and noted that it withstood attempts to destroy it by the likes of Aurangzeb, Salar Masud and Warren Hastings, British governor-general in India. “Sultanates rose and fell but Benaras remained,” he said, often referring to the city with its different names, including Kashi.

“Tyrants attacked this city, tried to destroy it. History is witness to Aurangzeb's atrocities, his terror. He tried to change civilisation with the sword. He tried to crush culture with fanaticism. But the soil of this country is different from the rest of the world. Here if an Aurangzeb comes, a Shivaji also rises,” Modi said, while raising the chant of Har Har Mahadev.

“If a Salar Masud marches on, warriors like Raja Suheldev make him realise the power of our unity,” he said. “People of Varanasi forced Hastings to escape on an elephant's back. See how the time changes. Today, those synonymous with terror have been consigned to the black pages of history while my Kashi marches ahead and is writing a new chapter of its glory,” the prime minister said, adding that whenever the city has taken a turn, the country's fate has also changed.

Modi lauded Rani Ahilyabai for rebuilding the temple and Sikh king Ranjit Singh for gold plating its domes. “If India is building Ram Temple and Kashi Vishwanath Dham, it is also laying down thousands of kilometres of optical fibres in sea, building millions of houses for the poor, and is working to send people to space,” the prime minister said. He also noted the work done on Buddhist and Sikh pilgrimage centres among others.

“The strength of destroyers can never be bigger India's shakti and bhakti. The world will look at us in the same way we look at ourselves,” he said.

Modi also expressed his gratitude to workers involved in the construction of the grand temple complex, noting that they did not let even Covid stop the work here. He met and felicitated the workers by showering them with flower petals. He and UP CM Adityanath had lunch with them as well.